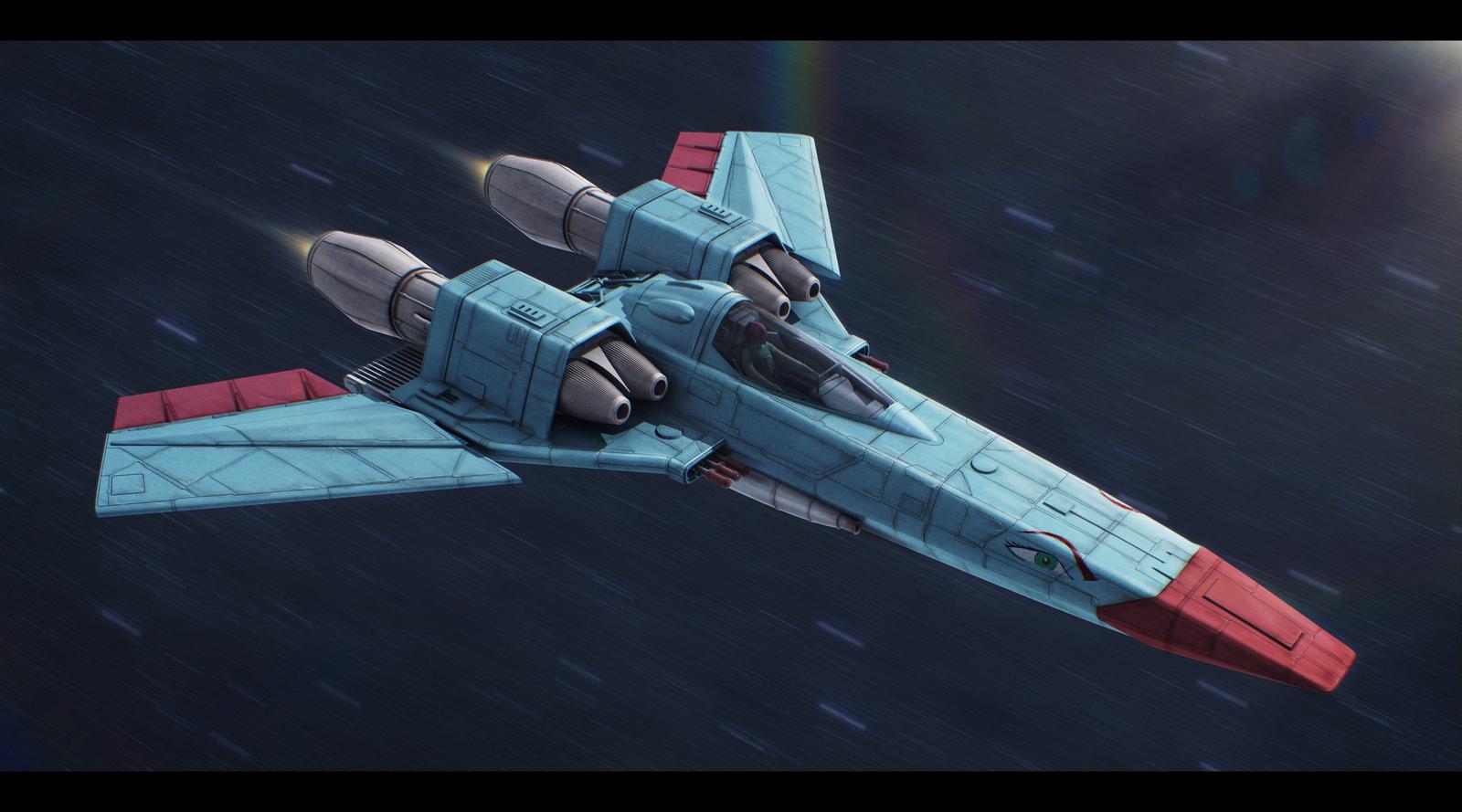 SPEED/MANEUVERABILITY
The Z-95mk1 Headhunter has a top speed of 100 MGLT and has decent maneuvering characteristics.


DESCRIPTION​
The Z-95MK1 Headhunter is a multi-role combat spacecraft produced by a partnership between the Incom and Subpro corporations. Widely considered to be one of the finest snubfighters of its era, it is a direct ancestor of Incom's later T-65B X-Wing, inspiring many aspects of the later design. Entering production during the Clone Wars, the Z-95 was built in large numbers for various factions within the conflict. The baseline Z-95 was the most common, however there were several variants produced, including the Z-95MK1.

The Z-95MK1 was derived from an early prototype of the standard Z-95, and incorporated a number of unusual features, including better aerodynamic fairings and variable geometry "swing" wings for improved atmospheric performance, as well as a different main armament consisting of 6 light laser cannons in place of the twin mediums, plus an extra concussion missile in the magazine, bringing the total missile capacity to 4. The ion cannon present in standard models was deleted. The MK1 was initially rejected for production in favor of the more conventional standard Z-95, but the configuration was then specially requested by a major Republic ally, who were willing to pay a premium for it. After this order was delivered, the manufacturers decided that, with a production line already set up, they might as well market the things.

The Z-95MK1 was proved to be a minor hit for Incom-Subpro, being popular in certain specialized markets. It was widely used as a defensive fighter for tibanna gas mining operations; the type's improved aerodynamics made for better performance in the atmospheres of gas giants, giving them a slight edge even against more advanced designs. Though its lack of an ion cannon was considered a disadvantage during the Clone Wars, the MK1's 6 light laser cannons gave a slight edge in terms of destructive firepower over the standard Z-95.

Like the standard Z-96, Z-95MK1s were noted for their reliability and durability, able to take a few hits even after their shields went down. Like their sibling, however, they lacked a hyperdrive, and had limited consumables.

Though many decades old at this point, Headhunters, including the MK1, can still be found, and are still reasonably popular with independent spacers, backrocket planetary defense forces, law enforcement agencies and even various criminals. The MK1, in particular, still sees service with many gas mining outfits as a deterrence against pirates and other enemies. Z-95MK1s were never designed to go up against modern starfighters, however a decent pilot can bring a lot of potential out of this aging warbird.


LEGALITY​
Restricted. Z-95MK1 Headhunters are starfighters, and are subject to extra licensing requirements and increased scrutiny by authorities.