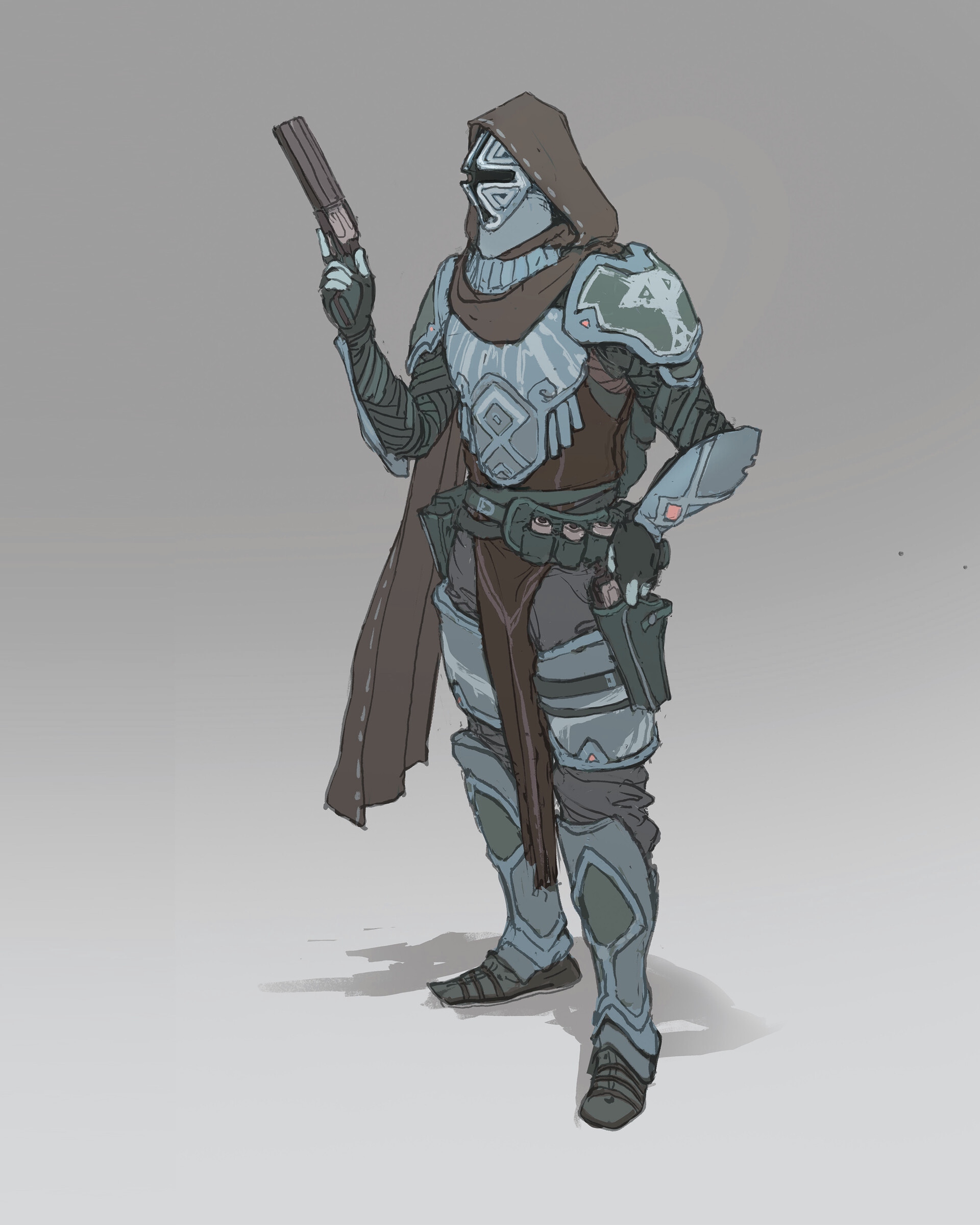 Although heavy armor is the preference for many Mandalorians- especially front line shock troopers- many Mandalorian Bounty Hunters and other loners make use of lighter armor that allows them more mobility and flexibility for completing their tasks, while still offering reliable protection and the intimidating presence of their signature t-visors. With the increasing rarity of pure Beskar, many Mandalorians have turned to lighter armor styles that allow them more flexibility and maneuverability to make up for their decreased defensive properties of inferior armor materials. Like all Mandalorian armor, every one of these suits is unique to their wearer, and the range of customization options is huge.

Roland, like most Mandalorians, believes in The Way. As a result he rarely takes off his helmet and when he does it is only in privacy. Along with his armor he wears a cloak over his shoulders and helmet. Beskar is in short supply so Roland does not have a proper full set of Mandalorian armor. It is worn and well used but is also the thing he cares for most above everything else out of his possessions.

The face of his helmet has a detailed amount of engraving that stands out among the others and Roland intends on having the same be the case for when he ends up acquiring more pieces of armor. The cloak has been with him since he joined the Sector Rangers as well. It's a bit ragged but Roland takes care of it as best he can though not forgetting its pragmatic origin. It has a snake around a mythosaur skull. The cloak itself is a dull brown and grey color while faded purple markings make up the details and pay homage to his people and his clan. The metal underneath his a cloak that represents the duraplast plates has a slight blueish color not unlike blued-steel. While blue is not a clan Rook color Roland is content with its current color, making it his own personal touch that says he's a reliable individual to those that know their Beskar'gam.


LEGALITY
Mandalorian armor, though rare, is not illegal in most places. That said, wearing a full face helmet in public spaces is frowned upon, and often illegal in many core worlds, especially in or near government facilities- not to mention that many identification cards in various systems require a full face photo. This drives many strict adherents of "the way" to operate exclusively on the fringes of the galaxy.

INTENT
A personal set of armor with a specific appearance. Based off of mandalorian armor

ADVANCED TECH
NO. But this is a one of a kind outfit.