AGE
► 37​
SPECIES
► Human​
HEIGHT
► 1.76 meters​
WEIGHT
► 75 kilograms​
EYE COLOR
► Blue​
HAIR COLOR
► Light Brown​
HOMEWORLD
► Corellia​
GENDER
► Male​
FACTION
► Jedi Order​
RANK
► Jedi Knight​
FORCE SENSITIVITY
► Yes, trained​
Biography
Luth was born to a family of traders, mostly operating within the inner rim. He spent most of his childhood either in his homeworld or on his family's space freighter with his parents. At one point he was like a normal Cornellian: headstrong, cocky and endlessly snarky. He'd take up whatever challenge that was thrown at his way. So he accompanied his parents on trading missions, learning the art of the deal early on in his life. His father being the pilot of the ship, also enjoyed teaching Luth as his co-pilot, explaining the functions of all the various buttons and switches on the cockpit.

An event that turned out to be a turning point in Luth's life happened while he and his family were orbiting Coruscant. A massive space cargo hauler illegally dumped out all of its waste and Luth's family's ship was right in the middle of it. His parents were conducting cargo checks, so they weren't anywhere near the cockpit. Traversing the hallways of the ship, Luth had some sort of third feeling that something was wrong, thus he rushed to the cockpit and barely managed to maneuver the ship away from the space waste. His parents came running into the cockpit and saw Luth in the pilot seat, his hands almost shaking.

From that day forth, Luth never felt the same. It was like something was in the back of his brain, guiding him, telling him right from wrong. He didn't like it. He tried to fight the feeling, deny it, but it was making a noticeable impact on his life. This worried his parents who requested Jedi assistance. The Jedi's sent one of their Masters and after meeting with Luth, he spent several hours explaining Luth what the Force is and teaching him a few basic meditation techniques. The Master also inquired whenever Luth would like to join the Jedi Order, however he refused because he didn't want to leave his parents yet. Thanking the Jedi Master, Luth and his family returned into a mostly normal routine, except for the added bonus of Luth figuring out he's Force Sensitive.

For the next few years Luth continued to practice the meditation techniques the Jedi Master taught him. But at the ripe age of 17, he decided that he wanted to explore the capabilities of the Force more widely. Requesting the assistance of the Jedi again, Luth was taken to the Jedi Temple of Ajan Kross, where Luth received his training. Being allowed contact with his family, he never truly lost that connection he had to his parents. Luth was trained by the same Jedi Master that helped him all those years ago and ever since becoming a Jedi Knight, has served the Jedi Order faithfully.

Appearance
Ever since becoming a Jedi, Luth understood that he stood for more than himself. The Jedi were highly respected, especially since the end of the Sith, so Luth wanted to look the part. Luth wears older looking light brown Jedi Robes together with a tan tunic that are accompanied by slightly darker coloured pants. Almost knee height leather boots protect his feet. Luth also carries a small belt under his robes where he stores his green single-bladed lightsaber and a few other tid bits.

Personality
Luth maintains a calm mind when approaching situations. That allows him to concentrate on what needs to be done and not dwindle on less important questions. This allowed him to quickly formulate plans when others only saw one way to do things. He does however dislike going into things without a plan as it makes him feel uneasy.

Luth is still plagued with wonderlust from his early life. He enjoys going to new places and meeting new people, thus most of his missions involve him leaving the Temple for weeks at a time. If he is forced to stay in one place for a long time, he becomes fidgety and uneasy, something the Knight does not wish to deal with anymore.

The Jedi Order has managed to temper the Corellian in him. With his years, Luth has become fairly wise and has mostly adopted the more respectful tone of voice. This granted him the ability to both speak in a political manner and a merchant one, due to his background as a space trader. However, he is known to sometimes be snarky especially when he is more relaxed or around friends.

Skills
Luth's skills excels in negotiation. His trader family taught him how to speak the talk of trade, while his Jedi training allowed him to focus on refining his technique with a more diplomatic focus. Luth is able to deal with most situations without the use of his lightsaber, which he strives to achieve in general. He is however fairly determined to achieve the diplomatic solution, refraining from using force or other more underhanded tactics.

WIth Luth's ability to calm his mind, he has an easy time connecting with the Force. Whenever it be meditation or general focus, Luth can do it fairly easily. This also translates into his lightsaber form, as he is very proficient with Form III (Soresu) and also has some training in Form VI (Niman). His state of calm allows him to easily parry or deflect most attacks while maintaining a strong connection to the Force. As is common with Form III (Soresu), Luth has trouble on the offensive part of duelling, usually requiring a more extensive fight to defeat a more powerful opponent.

The Knight also is fairly capable in the air. Luth's experience with freighters allows him to pilot them with surprising efficiency and he is no slouch with other ships. He also has some engineering experience and is able to fix most common technical issues with ships. 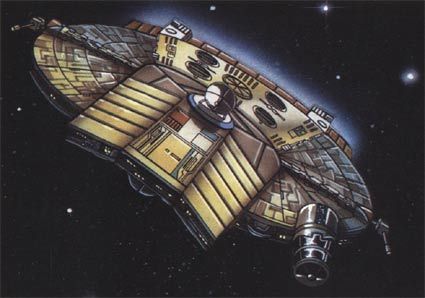