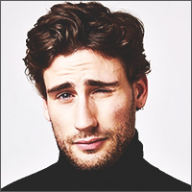 s
Emerging from hyperspace, Barry Weathers' Fathier-class freighter emerges from hyperspace just outside an asteroid belt. While Barry would be at the helm with an astromech droid, the Cartel enforcer's partner for this mission is a Rodian named Randal Rays, a Cartel pirate who is adept with space combat.

This mission has been given by the two from the Hutt Cartel Kajidii Spectre. They are to board the pirate base in the asteroid field, clear the pirates, and rescue any hostages. There is the threat of a pirate corvette, but Spectre knew that would be problematic and so he dispatched another team to lure it away by any means. While the corvette is unable to protect the base, another team could be sent to board the pirate base.

Of course, that probably won't be easy, as the base will probably have turrets guarding it's approach and probably have fighter squadrons. They will just have to see.

They would jump out of hyperspace with the asteroid belt out and ahead of them, but the target isn't too far away. They couldn't get closer without risking coming out of hyperspace into an asteroid and blowing up anti-climatically, but they do know where the asteroid base is because Spectre got the coordinates from the Sluis Van Shipywards director.

The Cartel Enforcer himself would be clad in his shiny blue armor he would have his pulse-wave weapon racked near the exit for him to grab on the way out, and his helmet on the dash. Barry would also have his pistol and other standard equipment on him.

"We're here. You ready for this Randal?" he would gleefully ask him over the comms with a chuckle accompany it. Barry is pumped for this, now just making sure he is too. This is a chance to impress a Lorda. And if you do that, than doors can open.

“Well, we’re starting in my element.”

It was true. Randal was a pirate, and gunning ships down and piloting them became a second nature to him after years of practice and experience. At the moment, he was fully clad in his Outrider Scout Armor, with only the helmet placed by the nearby exit. He made sure to keep his weapons on him, so that he wouldn’t forget any on his way out. He had come fully prepared for a fight, as he knew one would take place.

His fingers twitched on the firing button, ready to make the sudden press should an enemy get in his sights. He became anxious in the time before battles, but it didn’t dull his skill once the shooting started.

“Let’s just hope our accomplices did their job, and we aren’t ripped to shreds when a Corvette is shoved up our... well, I’m sure Spectre sent capable men.”

"Alright, lets get to it then!" he would accelerate on the throttle, the ship would begin moving forward, entering the asteroid belt. Luckily it's not too thick of an asteroid field, otherwise a corvette wouldn't be able to dock with it. If it was too thick of an asteroid belt, then this whole operation would be more tremendously difficult and risky. But, Barry would be able to navigate through the asteroid field, there were some asteroids, some big and small that were in the way, but his average piloting skill was enough to get through them without damage to the hull. He is going in carefully. He knows what he is doing, he isn't reckless as to get them both killed. Ain't got time for that.

After navigating around a large asteroid, there they would find it, the pirate base. "You see that?" he said, getting a good look at it. The corvette doesn't seem to be there. Either the other team has dealt with it, or it has done them in. They arrived a decent amount after team one arrived in the system and they would be elsewhere. Now, they should be out of range of sensors and should be able to get a good look at the base, look at it's defenses and see what's what before they attempt to make an appoarch. Zooming in on the computers while slowing down the ship, he could see quite a bit of gun turrets on the surface. "Hmmmm... looks like they have a good set up" That might be problematic. But before they can look too much further, four Hawk-Bat Interceptors would come around the a different asteroid on a slightly higher plane, only diagonally in front to the ship's starboard side, and those the astromech droid in the cockpit with Barry is like beeping and buzzing that they appeared on sensors as well. "Hey Randel we got company" he would alert him. The freighter freighter is no match for those ships together. "I'm going to pull back if you want to shoot them down". Trying to fight them front of the asteroid base might be a bad idea, but if they can use the other asteroids to their advantage, they might be able to pick them off.

The Cartel Enforcer would pull up on the controls, performing a U-turn as the pirates move at full speed to intercept

Randal swung the turret around, taking aim before quickly speaking to his pilot.

“Dunno how we’re gonna do this, do hawk bats have sensors? We could use the asteroids as a place to hide and then ambush.”

The Rodian then began to fire at the closest fighter to the freighter, hoping to cause the pilot to panic. Usually pirates would make sure who the intruder was before firing, but the group couldn’t risk being surrounded, and with the corvette drawn away, certainly they were already suspicious.

With any luck, even if the pilot managed to react in time, Randal’s turret would hit home on a different ship, should it be a tight formation.

"I'm pretty sure they have sensors" Barry couldn't imagine any space craft that wouldn't have any "We can try using the asteroids to limit their mobility." the Cartel Enforcer-Bounty Hunter replied to the gunner. It's either (hopefully) that at worst or they will be crashing themselves in asteroids in the heat of battle). The ship was turned around and was flying at fast enough not to be a sitting duck for the Hawkbats. The Hawk-Bats can fly faster than the freighter they are on, but it would be hard to utilize that speed for the pirates if they are in the middle of an asteroid belt, yes you go too fast and crash into an asteroid. After the gunner's shots rang out, one of the fighters were destroyed. That's one down out of three. Immediately the interceptors would attempt to fire upon the Cartel vessel. Barry knows to go for evasive maneuvers when the gunner fired. Barry would veer the shipwards again, managing to dodge some laser cannon fire. With the freighter having a turreted gun, it should be able to fire back as it's evading fire, hopefully blowing another one or two up in the process, even if the ship isn't exactly steady.

As it's finished veering upwards at twelve o'clock high, a small, but considerable asteroid came into view and it was in Barry's path. Pulling up on the throttle some more, Barry managed to dodge the asteroid, but grazed the bottom section. The screeching could be felt and there would be a little bit of damage, but nothing to worry about. "Oh oops" he would say as he looks at the console. He would swear but he likes to think he is more put together than that. Doesn't seem to be a big hull breach or anything bad though. The asteroid field doesn't seem to be hampering the pirate interceptors yet as they would continue firing.