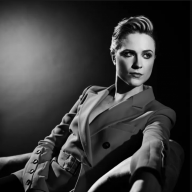 Peace. Serenity. Understanding. The worlds floated at the top of her mind. Calm. She sought calm. The strength to be still and let the troubles of the galaxy melt away. One deep breath after the other. Find your center…find your peace. Alex huffed out air in annoyance. Her eyes snapping open. She was restless. The soothing sounds of the mediation chambers more annoying than helpful. She pushed herself to her feet and flicked open the door. Sitting and waiting solved no problems. There had been years where Alex mediated for days. Searching for the mysterious of the Force. Now, she simply wanted answers.

The Killik threat grew daily. Despite the Chancellor’s dramatic reveal, the galaxy was no closer to determining how to tackle the Hive mind. She needed a live Joiner, and they would not come willingly. Alex was planning to find one herself. The task was dangerous. The risk great. That meant it should be here. Yes, that was the only reasonable choice. There was no point in wasting further time.

Alex was lost in thought while she stalked about the Temple. Her mind flicking through what she would need to bring. It would be too dangerous to bring Maura but who then? Drow…no the Shadows were too engage. Perhaps Zak or Fynn…she had piled new duties on them. Crix was distressingly quiet lately. The choices were too few. So few in fact, and her mind so engrossed in them, that she nearly slammed into Hamza. The Force screeched in her mind. Alex’s head lifted, her eyes finally focusing, and there was Hamza Ozdemir.

“Jedi Ozdemir…I barely saw you…” She waved her hand around. “Lost in thought and all that.” How embarrassing. The great Grandmaster of the Jedi Order bumbling around into Jedi Knights. “You haven’t seen Maura, have you?” Sigh. 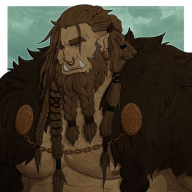 A new recipe was currently plaguing Hamza's thoughts. For whatever reason he just couldn't seem to get the consistency to be what he wanted. The sauce was always far too thin, it ran like water. He'd tried the usual methods of thickening it but that somehow simply resulted in the whole thing turning into paste thicker than wet duracrete.

Hey thought maybe a walk might help, but so far he'd come up with bupkis. It was very vexing and entirely preoccupying. So much so, that as he rounded a corner, Hazma nearly truck-sticked the Grand Master of the entire Order. Although, even a cursory glance at Alex's concerted expression told Hamza that perhaps it had indeed been the other way around.

I haven't seen her, no. Hamza said, his tone slightly apologetic. That one seems particularly hard to keep track of. A little ironic given the brightly colored hair. A little bit of humor to maybe lighten the Grand Master's mood.

You seem troubled, Alexandria. He stated maybe a little too bluntly. It was out of genuine concern of course, but Hamza sometimes had a bad habit of arriving too quickly to the point.

Something on your mind?

Alex let the smile creep across her features. “Impossible to keep track of.” She pushed a hand through her hair. “I have had many Padawans in my life…none as attracted to trouble as her.” Maura had a natural talent for finding the most dangerous situations to plant herself in. “I am always troubled, Hamza.” She did not know the Orcolan Jedi well, but he had a reputation as a kind man with a listening ear. The younger Jedi seemed to gravitate towards him. If they trusted him…she could to.

“But my troubles don’t belong in the Temple hallways.” She was responsible for ensuring the confidence of the Jedi. Sowing doubt and concern where anyone might hear was unwise. “I’m going to Thyferra.” Alex wasn’t planning on telling anyone, but the Force seemed to have other ideas. “The Killik were driven off, but we would be foolish to think Joiners weren’t left behind. I need one.” She shrugged and started walking off towards the hangar.

“You’re coming, aren’t you? It would be dangerous to let me go alone.” The Grandmaster was, of course, more than capable of taking care of herself. The trip to Thyferra was not short and company would be welcome. Then she could share some of the weights dragging her down.