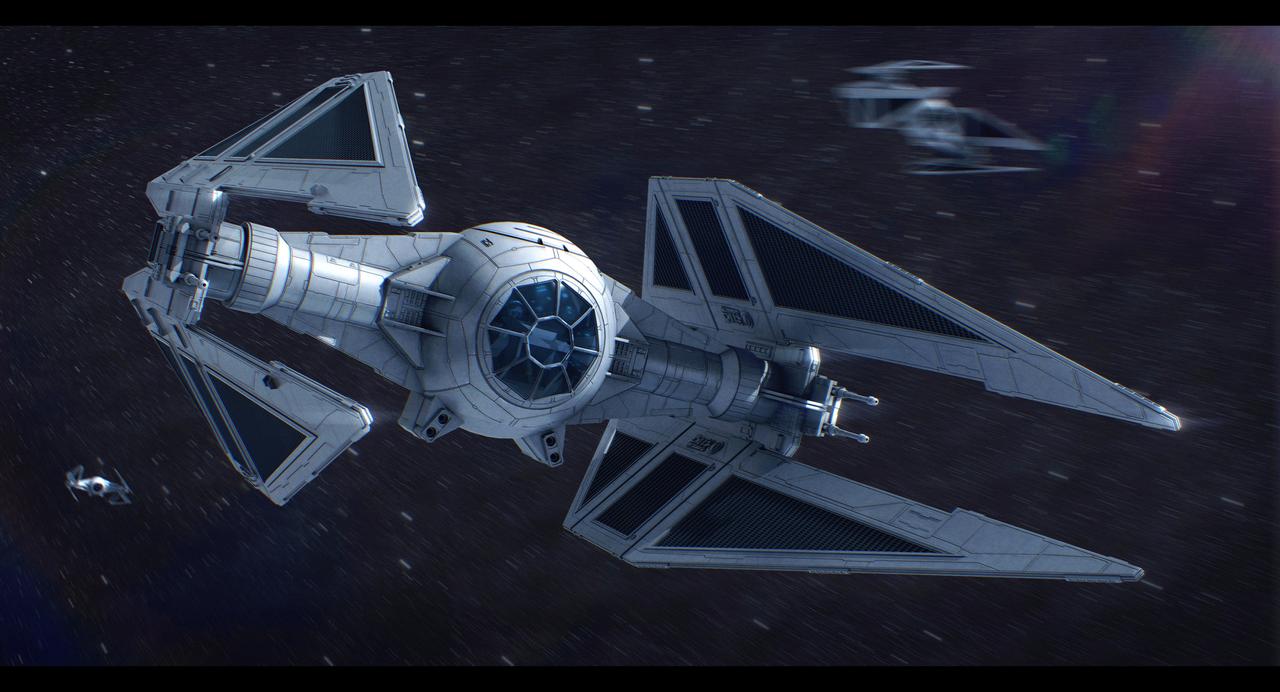 
DESCRIPTION​
The TIE/EL starfighter, better known as the TIE Elder, is an improved variant of the TIE/IN interceptor originally produced by Sienar Fleet Systems. This particular TIE variant was not developed by Sienar, however, but was based on field modifications made to TIEs stationed aboard the Secutor-class star destroyer ISD Intractable, which served in various campaigns as a mercenary ship after the Battle of Jakku. Intractable was under the command of the remarkable Captain Shane Sada, who had a talent for starship engineering and who personally designed many of the modifications made to the former Imperial fighters, bombers and other craft carried aboard his ship. Captain Sada, after his retirement from mercenary life, founded San-Con-Sada Spaceworks, and applied the many of his improvised solutions to more refined craft.

The TIE Elder is an efficient, deadly design, and though it shares about 75% parts commonality with the standard TIE interceptor, it is a much more versatile craft. The Elder dispenses with the chin-mounted laser cannons of the standard TIE, and uses a slightly elongated version of the TIE interceptor's wing panels, incorporating a total of 4 medium laser cannons. Also present are twin dual-tube torpedo launchers, useful against large or hardened targets; these launchers can fire a combined total of 4 torpedoes. Top speed is slower than the interceptor at 100 MGLT, however the Elder incorporates shields and a class 2 hyperdrive. Hyperspace calculations are handled by an onboard astromech droid, which is located in a socket just behind the pilot seat, inside the cockpit. Finally, and notably for a TIE, the Elder incorporates a full life support system, as well as consumables for up to 4 days.

TIE Elders are not nearly as common as standard models, being a sort of "boutique" version of the TIE developed for pilots looking to get a little more out of the design. The type was actually first offered to the Jedi Order, as are many of Sar-Con-Sada's products, however it was politely declined. The company is very selective about who it will sell to, although Elders have nevertheless worked their way into all strata of Galactic society in some fashion.

TIE/ELs are very uncommon, and are well respected fighters. Their speed, heavy armament and hyperdrive make them highly desirable, especially for devotees of the old Empire. They are not a craft to be acquired or owned casually.


LEGALITY​
Restricted. TIE Elders are starfighters, and are subject to extra licensing requirements and increased scrutiny by authorities.


INTENT​
To create a high-end starfighter.