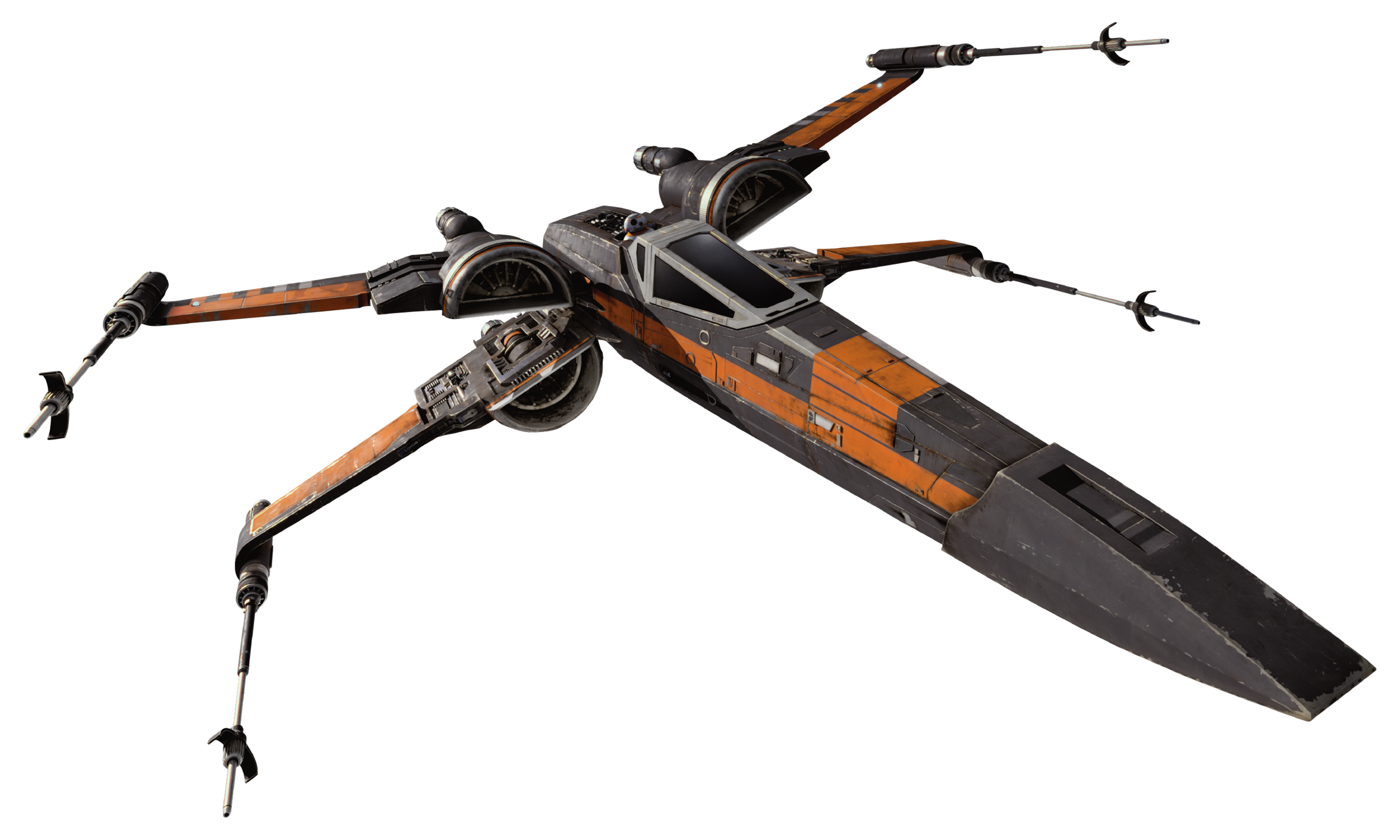 SPEED/MANEUVERABILITY
The T-70 X-Wing has a top speed of 110 MGLT and has decent maneuvering characteristics.

Faster, more expensive and more complex than the former T-65B, the T-70 featured advanced weaponry and proved more versatile than its predecessor, and was essential in both dogfights and capital-ship scale combat operations. Modified S-foils designs allowed a greater range of fire, while four medium laser cannons offered single, dual, and quad firing modes. A built-in dual warhead launcher with quick-change magazines permitted the utilization of various alternate weapon load-outs, including proton torpedoes. The craft had shields, as well as a defensive repeating blaster turret, which could fully rotate and could be controlled either by the ship's astromech droid or the pilot. The ship was equipped with an excellent class 1 hyperdrive, however, like almost all X-Wing series starfighters, the ship lacked a navicomputer and relied on the onboard astromech to provide jump calculations.

Ultimately, New Republic demilitarization efforts and corruption would see production of the vessel shifted to several well-connected manufacturers. The T-70 would eventually be replaced in New Republic service by the newer T-85 X-Wing. Following its retirement from service in the New Republic Starfleet, the T-70s in inventory were mostly sold off; notably, a large number of them wound up with the Resistance, and became their frontline starfighter during the fight against the First Order approximately thirty years after the Battle of Endor.


LEGALITY​
Restricted. T-70 X-Wings are starfighters, and are subject to extra licensing requirements and increased scrutiny by authorities.