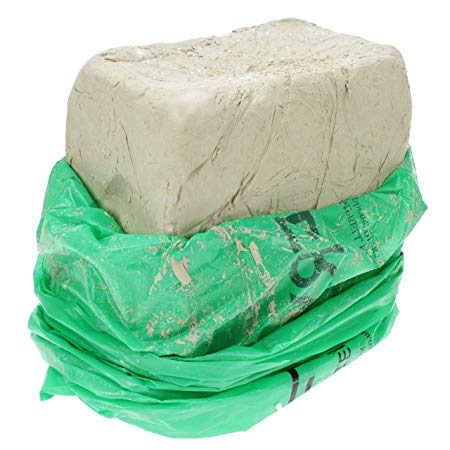 
DESCRIPTION​
StarX branded welding putty. Production is subcontracted to PlasChem however, as StarX does not mass produce chemicals. This putt was originally created for the StarX Emergency Vessel Repair Kit, or Yellow Box, but can be bought separately to replenish the box's supply, or use without it.

Along with hull plates, it is used for emergency patching of holes in spacecraft hulls. This is done by massaging the putty first, then applying it on the area of the needed join, placing the connecting piece to be joined on the putty, then igniting the putty with an ignition stick while pressing the parts together. The strips are themselves ignited with a small electrical charge or friction.

Eyes should be shut or kept protected with a welding mask after ignition, as the resulting chemical reaction is bright enough to produce permanent vision loss. For a proper duralloy weld, the putty should be placed 1cm thick. 1 kilo yields a 10 by 10 cm area for this type of weld. Because the putty is stiff, applying 1 kilo of putty requires 2 minutes for 1 person, or 1 minute for two people. The putty is ignited by the sticks due to their own high temperature ignition, as such the putty should be kept separate from both the sticks and very high temperatures.

Application is too time consuming, requires far too much precision, has to be ignited manually, and the effect area is too small for the putty to be used in combat. However, if a 4cm thickness is applied the putty can melt a hole through tank armor, ship hulls, and anything but thick walls, as long as one has enough time to apply it. 1 kilo of the putty would yield a 5 by 5 cm area for this application, and the application time is the same as welding.


INTENT​
To create an interesting improvised anti-materiel substance, for characters less inclined to carry combat explosives - allowing characters to destroy and burn, where necessary and when possible, while remaining less than combat oriented as a character. And welding I guess.

Special thanks to @LA for the original submission!