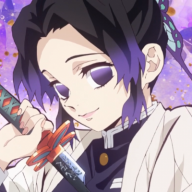 APPEARANCE:
She has dark hair, often tied into a bun at the back of her head, and a soft complexion which would pale under the moonlight. Her eyes are black, but never empty, always full of a mix between coldness and wonder. Her chest is tight, and underneath her typical set of armor, she wears bindings. On her wrist is a single tattoo, depicting the mark of her family name: Clan Wren of Mandalore.

Like all Mandalorian traditionalists, she rarely takes off her helmet. Especially because of her disguise as a man, as her dead brother.

ATTRIBUTES:
Song is resourceful and what she lacks in strength and brute force, she more than makes up in terms of speed and style. Trained in her childhood, and forced to train even harder into adulthood, she carries with her a heat and passion not every Mandalorian, like her father, possess. While smart and experienced in combat, she isn’t perfect. Compared to most veteran Mandalorians, she ranks among the lowest tier.

She hopes to change that.

PERSONALITY:
Viciously determined, staunchly loyal and honorable in every right, Song is a tried-and-true Mandalorian in spite of her shortcomings. Flawed, yes, but constantly learning. While she does possess a kindness and generosity most of her kin don’t share, she is prepared to do the worst, to walk through fire, to achieve her goals. She means to bring honor to the Wren name, and to prove her vilifying father wrong. She means to become the Mandalorian nobody thought she could be.

BIOGRAPHY:
Song was born into Clan Wren and raised as any Mandalorian ought to be the moment she could walk on both feet. Her father Ghent was a descendent of Clan Wren, while her mother was an outsider from a backwater world. Song was their only daughter, but she had an older brother named River, who her father favored more than she. Everyday, no matter how hard she trained, River was always the favorite, and she the inferior.

Although Song excelled in martial arts and swordsmanship, besting her older brother on many occasions, her father continued to overlook her and she developed a searing jealousy for her brother. Until, however, his passing. Killed by an unknown stranger (allegedly one of his own bounties), it took several weeks and half of Clan Wren to recover his armor and his body for burial on Krownest. Song mourned the loss of her brother, as did her father.

But eventually, he began to blame her for his death, wishing instead she had been the one to die rather than River. Furious, and tired of being belittled and sold short, she took River’s armor and left. Not only did she want to prove her father wrong in underestimating her, to prove her worth as a Wren, but she hoped to honor her late brother and to take revenge against his murderer.

SKILLS:
Her marksmanship skills are average for a Mandalorian, but her swordsmanship and melee combat skills are extraordinary. She knows martial arts extremely well, capable of taking down enemies twice her weight and height with ease. She’s a decent pilot and a trained medic, but a rather poor technician and slicer. She knows several languages, Droidspeak, Huttese and Mandalorian chief among them.

GEAR:
With River's Mandalorian Armor, she always has one DL-44 Heavy Blaster Pistol, two vibro-blades, two thermal detonators, binoculars and generic stun cuffs. Her most prized possession, however, is her brother's ceremonial vibro-sword.

RELATIONSHIPS:
Her only relationships are her mother Yang-Mi and her father Ghent, who has, presumably, disavowed her after she left.

Hey Feng, cool character! You cannot start in the bounty hunters guild though, you have to do a plot to join! If you want to join the guild, I'm working on a plot with my own hunter. I'll message you :)

Edited to reflect that, and I would love to join with you! c:

Feng Mian said:
Edited to reflect that, and I would love to join with you! c:
Click to expand...

Hey there! I'm really digging the character, I look forward to seeing her active in the guild.