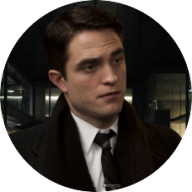 Senate Building, Coruscant​
OOC: This is open to all Senators of the New Republic.​
Reports of an unknown disease had been spreading through Republic worlds, very low numbers, but effects of the virus were such that they caught the attention of government officials across the Galaxy. By the time it was identified as AMS, things had spread all the way to the Core. Coruscant had reported its first deaths due to the virus not days ago. Recent reports on the holonet had brought it to the attention of the general public and people were starting to get worried. It had only been a matter of time before the issue was brought before the Senate.

Caliban, sitting in his Senate pod, was going through the report prepared for him by individuals who were much more qualified to speak on such matter. Things were not too bad right now, but there was every chance that things would spiral out of control if they didn't prepare. The virus was already here, and contingency plans that had been set in place for such an outbreak were already being put into motion on Coruscant. He had been able to push that through, but getting the rest of the Republic to agree was going to be another matter.

A screen in front of him beeped to let him know that they had quorum, as requested he had the floor to bring up his proposal. "You have all seen the recent broadcasts on the AMS virus," he didn't have to be a Jedi to sense the mood in the room, everyone knew what this session was going to be about, "every day there are more cases reported across the Galaxy. While sectors in the Independent Systems Consortium might be worst hit, if left unchecked it is only a matter of time before similar numbers are seen everywhere." He was sure he wasn't the only one who had been receiving similar reports, almost everyone present here would know that there was a very strong possibility that things could get just as bad within the Republic, but he wasn't sure how many would take it as seriously as their advisors were telling them to. "We need to prepare before things get out of hand. Our friends in the Consortium have already started taking steps to fight the spread of the virus, we need to prepare ourselves for a similar fight." He really did wish he was a Jedi, because he would have liked to sense the reactions of everyone to his proposal. You learnt a lot about people when you asked them for money. "We need to begin quarantining those who are already infected, accelerate research into the virus, and prepare to combat the infected. I am proposing the formation of a task force, to deal with the threat of the AMS virus and to work closely with our friends in the Free Worlds and the Consortium to curb it's spread." 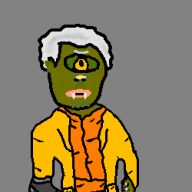 Another week, another session on Coruscant. Vyss was starting to get used to staying on the planet most of the time. Stealing time to head to Byss was a luxury, but luckily it was a short trip. A small office had been dedicated for his time on the planet and a high-class apartment had been supplemented by the government of Byss for him as well. While disease ravaged the outer rim and was slowly hitting the core, they had largely been unaffected except a few cases. That was usually the way things went it seemed. The Core always managed to have a better life and that's why his family had made the move. This was one of the first sessions of the New Republic, maybe the first real one, since the vote for the Galactic Senate. It would be interesting to see how that played into things.

The Byss Senator sat in his pod, not too far from the Coruscant Senator who spoke up first. There was really nothing new to hear that the news feeds didn't already tell them or that aides had not passed along. Vyss mostly wanted to know the plan of action not the sob story about ISC planets. He recalled just recently being lectured by their leader on how much better he was than the Senators.

"It is easy to stand up and say we need to do something about this growing plague, but what exactly does a task force mean, Senator Drast?" Vyss spoke up after the initial speech settled, standing and addressing the whole senate rather than looking directly to the neighboring pod. "What kind of task force do you propose? One with authority to command our citizens at will? To decide who gets to live and who gets stuck in quarantine zones with the infected?"

He pauses, but clearly is not done speaking on the matter. The Abyssin's eye finally turns to focus on the Senator himself nearby rather than outward. His smile is soft and there seems to be no malice in his form despite a somewhat harsh response to start.

"This is to say, who can we entrust to run such a thing and what assurances can we give our people that this won't infringe on their lives for a few cases so far?" He asks directly to the Coruscanti Senator.

Caliban waited for the Senator from Byss to finish, they were valid questions and ones that he had prepared for. There were bound to be logistic and bureaucratic issues to iron out, but the very reason he wanted to establish a task force was to make the process more efficient than having to deal with the full senate body.

Once Vyss was done speaking Caliban would stand to respond to his questions. "All valid points Senator Jakar. These is a situation that is developing as we speak, and one that will need quick and proactive reaction to stay ahead of the curve. There might be times when the Republic as a whole might need to react faster than a full Senate approval might allow. I am proposing creating a body whose duty it is to make those decisions in a prompt and timely manner. It would be elected by us, comprising of member of this very body, and answerable to it. But with enough freedom to do what needs to be done." He pressed some buttons on his console and a document was dispatched to everyone present, highlighting the key points of the proposal followed by the full details. "I agree that the number of cases within the Republic are still small in number, but we cannot assume that will always be the case. We need to be proactive, and I would like that to be the mandate for this task force. Not to take away anyone's freedoms, but to lead research, aid, and defense efforts regarding the virus."

He hadn't expected the proposal to pass without opposition, but so far the questions that arose had been ones that he himself might have asked if he had been on the other end. He was just glad that there didn't seem to be outright resistance to the motion, rather an open discussion. "This is of course an initial proposal, we can append or amend it as this body sees fit. We could even throw it out and come up with a difference response, just as long as we do respond."

A document appeared in front of Vyss on demand when the Senator of Coruscant responded to the questions. He looked it over and it seemed fairly clear on what was wanted. In the Republic, many had hesitations to grant emergency powers to any entity after their history with it. This might not be handing the reigns of the Republic to one person, but it did create a lot of power for this small task force to make decisions. These were Vyss' main concerns about it to begin and it was hardly satisfied yet.

"The Republic has been destroyed by internal corruption. We do not need to learn this lesson twice." He said plainly, mostly to himself in his seat and to his aides who might be listening, not yet into the microphone for the senate to hear. "Do we risk a plague from the outside by being more cautious... a known threat coming to us with evidence from the rim? Or do we risk a potential infringement and corruption plague that may not even exist on the inside?"

The Abyssin swipes at his display to remove the document from his view now as he stands up to speak a bit louder. "A task force with power over our citizens is not ideal. I know the people of Byss will be wary of being told how to handle this by an authority they did not choose directly. There is potential for problems and a panel of outsides deciding fates for a world." He pauses and looks to some of the more hesitant senators of the Republic, who nod in agreement and seem to be ready to support what Vyss is saying. "This Senate has also been destroyed for lack of action in the past. Billions paid the ultimate price for that inaction. A known threat looming cannot be ignored. How many times do we need to learn that lesson?"

Murmurs came as suddenly a few senators seemed confused on the Byss Senator's stance here. He had drawn them into his side only to strike at them. Vyss gave them little chance to consider before he continued once more. "This proposal has little risk that we as a body cannot quickly stomp out, as written. We have direct power over it at any emergency or regular session." He then turned his gaze back to Senator Drast to directly address him once more. "I only question, once more, who do we trust for such a task force? There are no names here. Who do we trust and who can we enlist to enforce it? Sector Rangers? Hardly."

"Again," Caliban replied with the calm patience born off years spent in various court rooms, "this is not a body to seize emergency powers, or dictate how planets are governed. Whatever funds and resources the Senate sees fit to allocate for dealing with the virus, the task force would be responsible for the allocation and distribution of said resources. They would be tasked with organizing our response to this virus, nothing else. No one is gaining additional authority over the citizens of Byss, or any other world. They will simply coordinate, organize, and expedite the research, relief, and preventive measures that go into dealing with the virus. As for how they make such decisions, we bring together a panel of experts, virologists, immunologists, whoever we need, and we let them advice on the best course of action." He knew that last bit might not sit well with some, it was odd that so many found it hard to put their trust in science, but the fact of the matter was that was the only way to do things. If anyone had any issues with that then he frankly did not care.

"As for who would be on this task force, it is for us to decide. It would be like any other subcommittee that sits within the Senate, one with a very limited and very focused mandate. To combat the spread of the AMS virus."