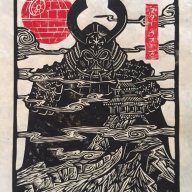 The guy with the thing. 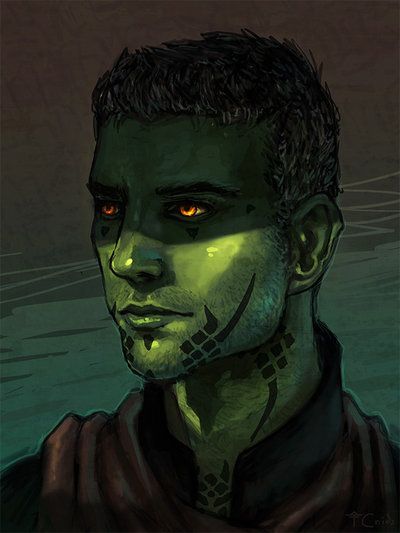 Born into a family of assassins on Mirial, Mozu's early life was a blur of training and education in the art of killing. The only breaks to his daily routine were the few times he’d get to hang with his twin sister Fera. As they grew older their bond only grew as their parents proved to be far from caring, only interested in turning their children into weapons to continue the business of the family.

Eventually the twins were ready to take on contracts with their parents. Mozu excelled in furthered training but Fera seemed to be faltering the more death she saw. As it turned out she was force sensitive. Their parents were delighted, as they knew this would make Fera an even more effective killer.

Years passed and the pull of the Dark side began to affect Fera as Mozu and she continued their training. Before long she could no longer take the killing and she escaped from the family’s hideout and fled into the night. She only told Mozu before she left though he understood why she needed to go. Fera swore to find somebody to help cleanse her of the taint of the Dark side. Mozu stayed behind, not able to bring himself to leave the only life he knew.

Years passed and Mozu heard nothing from his sister. Matters only got worse once his mother died on assignment. This only made his father more distant and now obsessed with Mozu’s performance and skills. It eventually got to a point that even Mozu could no longer take his father’s overbearing nature. He would also leave in the dead of night. Leaving Mirial and going freelance. He took on the code name “Umbra” and was ready to make his own destiny in the galaxy and maybe find his lost sister while he was at it

Unlike most in his line of work, Mozu is surprisingly easy going. Ready to drop a quip or just chill out when not working. He’s not goofy by any means he just figures that with his line of work why take himself or life too seriously.

While laid back that doesn’t mean that Mozu isn’t driven. He plans on becoming one of the best assassins in the galaxy and nothing much could hold him from his goal. While on mission he becomes a man of focus and determination, demonstrating a cunning and viciousness which can come off at odds with his normally mellow personality. This is likely a product of his life on intensive training under his parents and family.

Having trained from nearly the day he was able to hold a weapon, Mozu is a formidable opponent from nearly any range. Proficient in the use of small arms weapons including blasters of every size and slugthrowers. Swords, knives, and martial arts also fall under the umbrella of his skills. He has some training in explosives but by no means an expert.

Out of combat Mozu is excellent at escape/evasion and stealth tactics and is a decent hand at security slicing, though computers themselves kind of escape him.

Capable of holding his own in a dogfight but he’s no ace in the cockpit, so not much use in larger scale aerial combat.


Equipment
+ Tekkar Family Armor
+ Glie-44 Blaster Pistol (Customized per his instructions to be have a less noticeable profile.)
+ Vibrosword and knife (Sword is made up of lightsaber resistant material)
+ 2x Security Spike
+ The Shiv personal star ship
+ DTX-1977 InforMaster Datapad 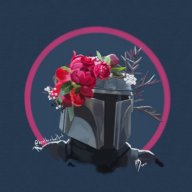 The "customized" pic of the Glie-44 is already used by DG.7 heavy blaster unfortunately. Otherwise looks like a good character. 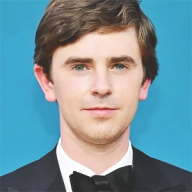