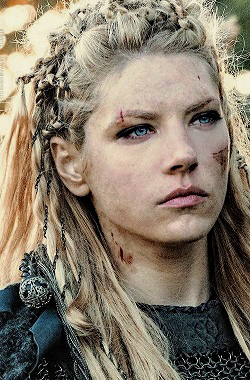 Larana was born on Andara, the second of three children. They didn't have the happiest of childhoods, but by most standards it was okay. Their father had left a few months prior to her birth, and was never a prominent influence in her life; she didn't mourn him. It was hard to mourn someone she had never known. Her mother suffered a terminal illness, one that had severly impacted her quality of life and ability to perform even the simplest of daily tasks. It had been that way since Larana could remember and she spent most of her time in bed, tended to by her eldest son, Torin. Unfortunately for him, Larana did not make his responsibilities easy.

She was a free spirit, almost too wild to be tamed and spent most of her time in the forests that surrounded their home. There was hardly a place that Larana hadn't explored, but she never became bored of it for they were her sanctuary. It was often late before she would return home, covered in dirt and bruises from her adventures. It wasn't fair that Torin, who had enough weight on his shoulders already, was often too busy to keep up with her. Perhaps she used her freedom as a way to escape the reality that she would soon be an orphan; it was hard to think about what that would mean and so she prefered to pretend that it wouldn't happen.

It wasn't until she was seven that her mother finally did pass, leaving her in Torin's care completely. Larana spent a number of days away in the forests, unsure of how to process her mothers death or to heal the hole within her heart. Her brother was rarely around anymore to comfort her, forced to find ways to keep their family afloat. It was hard for him, but he found ways to make it work until he couldn't anymore.

Faced with the decision to admit failure or work harder, Torin left Andara in pursuit of more ways to keep credits in their pockets. This meant that Larana was left responsible for her younger brother, Hiram. He was three, but she was only ten and ten wasn't nearly old enough to be responsible for someone else, let alone herself. They were scared and alone, also famished, and their only option to survive was for Larana herself to find work in Torin's absence. She had not heard from him in weeks and was afraid he may have left them behind.

It was hard to find work and what little there was for a ten year old, did not pay the amount of credits needed to feed them both. It was inevitable then, that the both of them would find themselves at the orphanage and no matter how hopeful she remained that Torin would return, he never did.

Their new found home felt more like a brick prison where all she could do was watch the tree line from her window, unsure of when or if she would ever have her freedom. Each day felt like an eternity, but she passed them by reading to Hiram from the old tattered books that had been donated and then never touched. It was within these books that she learned the history of the Jedi Order and came to discover her connection to the Force. The information contained within them was sparse, but it provided her with hope that she would someday be able to leave the confines of her 'home' and seek out the Jedi on Ajan Kloss.

Unfortunately, it was years before she was allowed to leave and, in the decision to do so, Larana also had to make the painful decision to leave Hiram behind. He was seven years shy of his own freedom, but she made a promise to return for him once she had found the Jedi Order so that he too could find sanctuary with them.

It took a few weeks of odd jobs before Larana could afford to buy passage to the Jedi Homeworld, but all of the effort was worth it in the end. It did not take more than a few months of studies and determination, before she caught the eye of Master Lucia Ris; one of the Orders more well-known lightsaber combatants. Larana tried hard to keep up with her and trained furiously until she was accepted as a Padawan learner beside Kalen Novak, another one of her students.

The two of them formed a quick and close bond, in near-constant competition with one another. Their competitive relationship was discouraged, but Larana knew deep down that her path within the Jedi Order was not a real competition, but rather a matter of patience and self-reflection. It did not matter whether or not she was better than Kalen, but a little competition couldn't hurt.

x
P E R S O N A L I T Y
Larana is still wild at heart, but she hopes to have found an outlet for her adventurous spirit in training beside Kalen Novak as a Jedi Padawan. Unfortunately for him, her inability to focus and insatiable desire to explore, often finds the both of them in trouble with their Master, Lucia Ris. However, they keep one another balanced; he pushes her towards success and she often reminds him to slow down and appreciate the moment - they are almost the perfect pair.

Beside her connection to the Jedi Order, Larana is and always has been rather clumsy, but she works hard to better herself and if fiercly loyal. She makes it a point to always hold true to her promises and is always willing to help those who find themselves in need. She is passionate about what the Jedi Order stands for, but has a wandering mind and often loses sight of the goals set for her, a realization that often leads her to be more critical of herself in comparison to her peers (especially Kalen). Still, she would do just about anything for him, even if she'd never admit it out loud.

Because of her kind heart and desire to help, it is too easy for others to take advantage of her, but she likes to believe that she is capable of looking after herself. It is difficult for her to ask for help from others.

Larana is still learning the ways of the Force and combat; she has a long way to go before she is ready to become a Knight, even though she is nearing the end of her training. Despite this, she is an excellent survivalist and can react well even under the most stressful of situations.


Through the Motions
Larana and her peer Kalen, at the instruction of their Master, train in the forests of Ajan Kloss.

Jedi 101: A Code to Live By
A calling in the force, leads Larana to the meditation gardens on Ajan Kloss.

Public Library
An unwarranted adventure in the forests on Ossus brings Larana face-to-face with potential danger.

Echoes of the Past
The temple ruins on Ossus were peaceful, for a moment, until an unexpected visitor arrived.

Sand. It Gets Everywhere.
On a mission to deliver her brother Hiram to the Jedi Order, Larana finds herself stranded on Tatooine amidst a not so pleasant crowd.