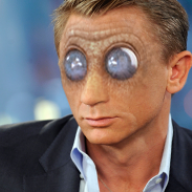 Biography
Born to a nobleman's bastard and a servant girl, Kotor grew up under restrictive rules and far from the luxury of his grandfather's. The nobles he was related to by blood were unkind and unforgiving, keen on breaking the young boy's spirit to ensure he would plow their fields and clean their privies until he'd die after a short untreated sickbed.

What they hadn't counted on was the child to be born Force sensitive. The escape that this gave him in the quiet moments he had to himself made it possible to remain defiant and to keep, so to say, a free will. Still, his upbringing molded him into a silent and broody individual who tired himself out daily for even the slightest benefit of the nobles that owned him and despite his minor psychological defiance, without a nudge of fate he would never have broken free. Fate in this case, came in the form of a man.

It was a depressingly dark and rainy day when the nobles received a visit from an advisor to the ruling House of Serenno and while none were aware of his true allegiance, he willingly told a twenty year old servant that he met while visiting the privy. He knew Kotor's secret, could sense his desires and he explained that he was a follower of an eternal power far greater than any a noble house. Two hours later and the nobles had sold him to the man in exchange for favor with the ruling house.

The advisor kept his day-job while he elevated Kotor to a page, having him tutored in swordplay and teaching him how to communicate in several languages. Instead of working a field and cleaning a privy, Kotor now learned about the Force and the ancient Sith Lords that the advisor referred to as deities. It took him seven years to prepare for his what was to be his purpose and role in the cult. To honor the Gods and to bath the galaxy once again in the glorious Dark Side of the Force, he was to set out and champion it.

Due to his upbringing, Kotor is largely incapable of thinking for himself. He needs someone to tell him what to do, what to think and what to believe in. Because of this he is quite impressionable and loyal to that person he thinks has the right of it, whether through strength of argument or greater persuasive skill.

The servant's attitude will never quite leave him, though, and he will have a hard time to relax and enjoy a drink if there's still work to be done. Truthfully, the mysteries of the Force is second to the cultural importance through which the ancient Sith Lords were presented to him. He sees The Eternal as a living God and thus it is his rightful place to rule the entire galaxy.​
Thread Tracker