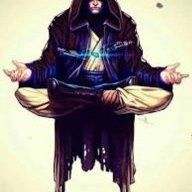 Triton knew it was time every since coming to Karvoss the young man had felt his strength with the light grow, now believing it was time to finally complete his Wan-Shen and now he waits out side the light forges for that very reason. The young warrior was beyond excited and nervous, once his Wan-Shen was complete he knew it will be his turn to join the rank of Adept, though the young Matukai realized he had to remain calm since this was a serious and important event in his live.

Triton had called for Ar'Rhan to help him seeing as the furry man had a thing for forging something the young Matukai might take up later but right now had no interest for it. Hoping to finally join Xeus and Ar'Rhan as Adepts the young man tighten his grip on his Wan-Shen though he had self restraint the idea he could be on their level made the young Matukai happy.
You must log in or register to reply here.
Share:
Facebook Twitter Reddit Pinterest Tumblr WhatsApp Email Link
Top