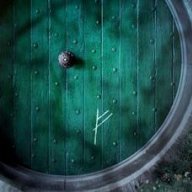 JEDHA - Getting the Shaft - Isen Ramm conducts a rescue mission of a friend without the consent of the Jedi Masters or Knights at the Jedi enclave on Jedha. Isen's heroics are met with both respect and chastisement of the elders in equal measure. The story of the young Jedi's daring recovery made its way to the ears of a supposed journalist who wanted to know more about the story... Thread includes - Venara Tabbith COMPLETE

TAKODONA - The Lead - (timeline takes place between Isen's rescue in "Getting the Shaft" and the interview of the same thread) Byron Ryker leads a group of young Padawans and initiates, along with one Sector Ranger, on an unsanctioned heist for smuggled Kyber crystals. Isen shows his youth and inexperience, being more of a nuisance than a help, but does manage to land a Kyber crystal that is Forced-tuned to him. Thread includes Byron Ryker, Kegari, and Thalia Windraider. COMPLETE

AJAN KLOSS -Master and Apprentice - Isen Ramm is abruptly interrupted from his interview at the end of the "Getting The Shaft" thread and told that he will be leaving Jedha indefinitely. When he lands, he is led to Izel Thral, a Jedi Knight. Isen is told that he has been selected as Thral's first Padawan, and Thral immediately takes the opportunity to teach Isen a lesson about the Force. Thread includes Izel Thral. COMPLETE
Last edited: Aug 25, 2020
You must log in or register to reply here.
Share:
Facebook Twitter Reddit Pinterest Tumblr WhatsApp Email Share Link
Top