The Hutt Kajidics are criminal slash business syndicates run as families by the Hutts. They have their hands in all kinds of criminal ventures. Unlike most usual crime syndicates that operate in secret, the Hutt clans operate out in the open, claiming leadership over dozens of worlds. The Kajidics employed those of all species as vassals and employees, ranging from species like humans to the Nikto and Gamorreans.

Though once in constant conflict with each other, the Hutt clans were most recently united by Vero the Hutt and order was maintained through the Hutt Grand Council, the ruling body of the entire Hutt species, Hutt Space, and Hutt clans. Despite the relative peace of the current period, some of the rivalries have persisted through centuries, if not millennia. Feuds between the Besadii and Desilijic, and the Velora and Kormtha, have only grown more volatile following Vero the Hutt’s death.

Although all members of the Hutt Cartel serve the overall interest of the criminal organization, soldiers through Captains are organized amongst the most influential and powerful Hutt Kajidics, with each family led by the most powerful member of the clan. 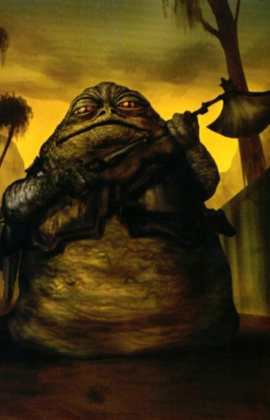 FEENA VELORA DANABBA, LORDA​
Feena the Hutt has been Kajidii of Velora for over 400 years, and she didn't get to that position without breaking a few skulls. Fending off challengers from within Velora and without, she rules the Kajidic with an iron fist, and an incredibly vicious streak. She believes firmly in the superiority of Hutts above the other species, and is perhaps the most cruel slaveholder in Hutt Space.

Generally disliked by the members of the council who try to promote a more "civilized" image, Feena embodies the vicious and thuggish nature of her Kajidic. Under her rule Velora rose to a position of prominence, corning the slave market, and establishing a presence on worlds such as Gamorr. Feena is well known for promoting a return to the old ways, hearkening back to an era when the Hutts were a warrior species feared across known space.

With the recent shakeups on the Hutt Council she has put her Clan's famous rivalry with Kormtha on hold. Seeing weakness in the Besadii she has started making moves against them, and isn't afraid to bend or break the rules to see Velora gain power at their expense. But she is still aware that if she were to make any move towards an actual war with the Besadii, the others would (especially the hated Kormtha) would swarm over Velora and swiftly destroy the Kajidic.

So for now she has kept things limited to low level gang warfare. Knocking off a lieutenant here, stealing a drug shipment there. But ever on the watch for an opportunity to make a bolder move against any Clan she feels is showing weakness. 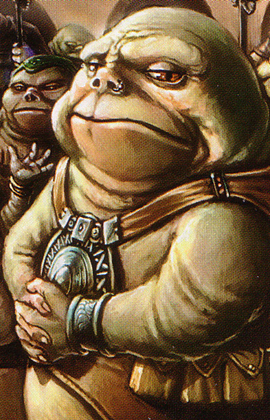 ELARA BESADII DOGI, LORDA​
Elara is the new Kajidii of Besadii, replacing the imprisoned Sheeba Pazda Besadii Dogi as the leader of the clan, and a member of the Grand Council. Elara is notably more reserved than her predecessor, with a stronger will, and less susceptibility to suggestion. She is much more straight forward, and to the point. The hope of many Besadii is that she will be leader less prone to anger than her predecessor.

Although her reign has only just begun, Elara already finds herself dealing with a large number of problems and challenges that threaten to drag Besadii down. Movements by the Velora and Anjiliac encroaching on Besadii business, the age old rivalry with Desilijic, and more. Nevertheless Elara faces these problems with a calm and calculating mind, and guns. Lots and lots of guns.

Her ascension to the head of Besadii rests on her skill as a weapons manufacturer, and (semi)legitimate businesshutt. Though her time as Lorda has been short, already she instituted a number of reforms within Besadii, consolidating resources, strengthening security, and increasing the clan's involvement with bounty hunting enterprises. Though like her predecessor, Elara enjoys the finer things such as art, but doesn't let them interfere with Besadii operations.

Anyone who thought Besadii was down for the count after the arrest of Dogi has another thing coming, and may have unwittingly strengthened the clan. Elara is ruthless, patient, and calculating. And will stop at nothing to regain what has so recently been lost, and teach those who threatened her Kajidic the price for doing so. 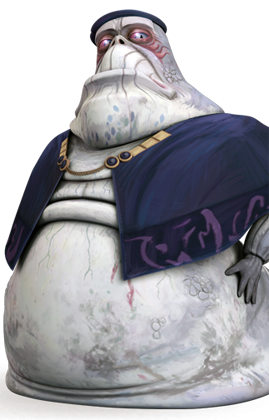 GAJA DESILIJIC VUUL, LORDA​
Born in 201 ABY, Gaja Desilijic Vuul is a venerable Hutt who, despite his risky lifestyle choices, has lived an extremely long and fulfilling life.

Gaja was a distant relative of the ruling Desilijic Kajidii at the time. For his first few centuries of existence, he was granted the wealth and opulence befitting a Hutt of his clan with none of the responsibilities of leadership.

Spurning some of the passively hedonistic choices of other Hutts, Gaja instead developed a need for something entirely unnatural for Hutts. He fell in love with the idea of speed. As a Huttlet, he grew interested in the various swoop races and circuits throughout Hutt Space, and the childish idolization of famous swoop jockeys eventually developed into an envious desire to join their ranks.

Racing in staged contests, Gaja lived a hundred years in total bliss. Those who publicly suggested the races were anything but genuine testaments to his skill or, worse, laughed derisively at the unusual sight of a Hutt flying rapidly through the air were summarily executed.

Taking control of the Desilijic clan in his later years, Gaja has reluctantly decreased the number of races he actively participates in while expanding the family's control of galactic racing circuits. Neutral politically, Gaja simply wants to promote the race industry. But with recent tensions he finds that he has been forced to take a more active role in fending off those who would mistake his neutrality for weakness. 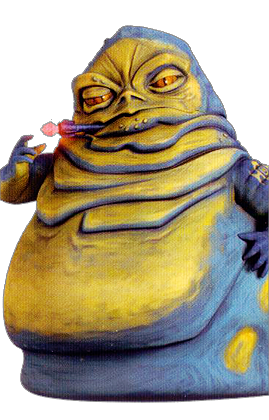 PETAR ANJILIAC AQUILA, LORDA​
Petar Anjiliac Aquila is the youngest and by far most ambitious member of the Grand Council. In his youth he was surrounded by some of the galaxy's most exotic gems and ores found throughout the galaxy, as well as being exposed to the darkest of spice mines. His lust for rare and precious gemstones is rivaled only by his appetite for bizarre and expensive delicacies.

While uninterested in most in the galaxy's problems and politics, he is very interested in the internal statecraft of the Cartel itself. The Imperium and slow-developing rebellion have little to offer him that he does not already possess, or that is within his grasp in Hutt-controlled or independent space. Greedy, he is extremely frugal in his spending and is well known within the Cartel as a miser, even when it comes to his own soldiers and advisors. Holding direct control over half of the Cartel's spice operations certainly provides him with leverage with the other families, especially those with spice trades.

His fixation on mines has also led the Anjiliac Kajidic developing into one of the most efficiently ruthless spice dealing and industrializing organizations in the galaxy. Through various shell corporations, Petar has steered the Kajidic to serving as the major industrial powerhouse in the Cartel. Coupling this is a recent push to make better use of Anjiliac's industry to construct starships for the purposes of piracy, as Anjiliac expands its power in the wake its move against Besadii. 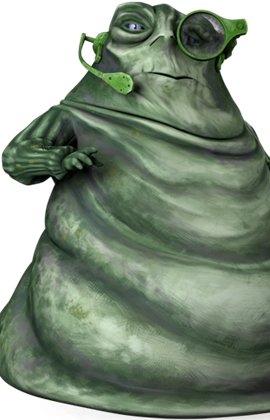 BACKES KORMTHA RAHGOR, LORDA​
Backes Kormtha Rahgor has only very recently assumed the position of Kajidii of Kormtha. With little activity on the part of the previous ruler and Lorda, the human Jack Tamblyn was easily ousted by Backes. Unlike Tamblyn, Backes is very keen on returning Kormtha to the seedier aspects of organized crime.

Very interested in politics, both internal and external, Backes is a devious operator and a has gift of gab that makes him a skilled negotiator. Unlike other Hutts, but like other members of Kormtha, he's also notably more liberal in his views on other species. If this were not the case, a man such as Jack would never have risen to the position of Lorda in the first place.

Backes personally doesn't see other species as being all that inferior, and is more than willing to listen to advice and council from them. He personally sees himself as extremely superior however. The egotistical Hutt sees himself as the "evolution" of organized crime. He considers himself and Kormtha to be more "civilized" than many of the other Kajidics, and willing to innovate and try new things rather than clutch to the old ways.

Though Backes generally doesn't back moves that require the use of force so much, his guile and gift for deception means that when he does, it's almost always to devastating effect. Under his leadership, Kormtha has started to take on a more active role in the Cartel. Strengthening the clan's hold on the information business, and expanding its reach into higher tech criminal activities.