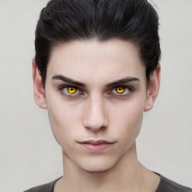 It was the dead on night of Drommund Kaas and despite the late hour Darth Stolas was still hard at work. Keeping the large sector of space tip-top took a lot of attention and he was still shifting around officials, laws, and policies to keep things in order. Those who worked under him had quickly learned the same lesson as the ones on the other side of the galaxy. Stolas treated his friend well and listened carefully to advisors, but enemies or the insubordinate were treated with little mercy.

Certainly that made him some enemies in the existing bases of power on certain planets but his policies benefited economy, industry, and the citizens of these systems. Morgan had grand plans and rebellion wasn't part of it. One way or another this area of space would be just the way it belonged and planetary leaders would fall in line. It was for their own good in the end.

Slender finger tip-tapped across console controls, a smooth and modern song the only other sound in the space. The office he used for official business had mostly droid guards for late hours who were overseen by organics. Besides, the Firrerreo was fairly confident in his own skills, and by now that foul cult was all but dead and buried. So on he worked in the peaceful and comfortable silence. With luck and effort his goal would soon be reached. 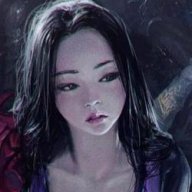 The weather on Dromund Kaas was always horrible. Bleak, darkly clouded skies forever accompanied by a steady drizzle of rain. So, naturally, there were numerous reasons Xiomara hadn't stepped foot on its unsettlingly moist surface in many years. As usual, though, work decided to intervene in that decision and that was the only reason she was here now.

The young assassin moved inconspicuously through the streets. blending in effortlessly to the flow of foot traffic - though admittadly, it was light, though Dromund Kaas always had a reliable amount of night owls - as she moved towards her overall destination.

Xiomara had already been in the city for several days now, mostly doing reconnaissance, learning patterns, memorizing routes. She knew exactly where she was going but was in no particular hurry to get there.

Eventually, Xiomara found herself outside of a rather nondescript office building. Most of the lights inside were off, except for the soft orange glow coming from a window a couple stories up.

Someone's working late. She said to no one, a smirk pulling at the corners of her mouth. She'd been waiting for this opportunity for days now, and Xio was relieved it had finally come.

With the effort and grace of a space-Olympic gymnast, Xiomara used the force to jump and land on the thin ledge outside of the office window. Unlike your average, uncivilized assassin, Xio didn't need to utilize the actual window to enter into a place she didn't belong. She only wanted to see inside - just for a moment - to get a bearing for what she would do next.

Calling upon the force, Xio would slowly and silently begin to phase through the duracrete wall, so that she would come out the other side in the corner behind the typing-away Morgan Ali Drast.

With a flick of her wrist, Xio would send a small vibroknife flying through the air so that it would catch the center of the screen that Morgan was currently looking at, sending cracks spidering in every direction and hopefully, catching his full attention. Dangling from the pommel of the dagger was a bounty fob.

You've lost your edge. She said from behind the mask that deftly concealed her identity. Has victory defeated you? Has love cost you your strength? She asked snidely, unable to keep herself from grinning beneath the mask.

A wave of force would propel from Xio's fist towards Morgan, a clear indication that it was her intent to fight - to claim him and his bounty.

The only sign of movement in the Councilor's office beyond the man himself typing away at his console was the smallest tilt of Morgan's head. A brief woosh of air preceded a crack of vibroknife in screen that broke the relative quiet as much as the screen itself. Morgan's head snapped left and swiveled his chair to regard the weapon's thrower after noting the bounty fob, an irate snarl on the man's otherwise fine features.

"Oh. So we're doing this now?" he commented with obvious irritation as he quickly got to his feet. This wasn't the first assassination attempt but prior examples hadn't had the ability to slip through walls and windows. A brow and lips curled to flash razor fangs at the mystery person's commentary, those sharp and hawk-like golden eyes flashing in challenge. "Terrible last words." The woman launched the Force forward and a hand flung backward toward the console screen to grasp the embedded vibroknife, "But as for my edge," he swept his free hand down to split the wave of force down the middle with his power, the storm clouds that were his presence in the Force rumbling and roiling with thunder.

"I'll use yours." Morgan flung the blade with the Force into a vibrating buzzsaw toward her midsection, the broken remains of the console taking her blow instead and flying across the office into the opposite wall. It wasn't very well known but the Firrerreo's main jobs before he rose in rank involved quite a lot of wetwork. He wondered if this person's employer had warned her of that in advance, or only assumed he was competent in a warzone?

"Your employers must want you dead. Such a shame."

You may have your edge, Xio said, reaching out with the force and pulling over a thick book to intercept the blade rocketing for her mid-section. It impaled the book with an intense force, plunging itself far deeper than Xio would have assumed. Morgan was much stronger than she remembered. But you've definitely lost your wit.

Her eyes never leaving Morgan, Xio slipped into a stance that might be familiar to him: Förräderi. It was a fighting stance of Teräs Käsi, a fighting form forged from the need to fight force users. Xio couldn't help but wonder if her cousin had kept up with his training or if he'd been too distracted by his new station, or his boyfriend.

The force flowing through her, Xio moved with deceptive grace to close the gap between her and Morgan. As she would approach, Xio would utilize a shenbit bonecrusher blow, a staple of Teräs Käsi, by jumping to kick Morgan in his chest.

The kick, fueled by the force and her own technical skill, would easily have enough for to crack a rib or bruise bone on a block. It was a simple opener and likely would result in little advantage, but Xio knew that. This wasn't about killing Morgan, but a little roughhousing between cousins... mostly.

She would be ready to react to whatever came next.

Morgan grinned at the assassin caught the blade on a book. He began to sink into the Force for the fight and, unlike when he wore his helmet on the battlefield, his expression was crystal clear. In contrast to his regal attitude, golden eyes alight with energy and that grin didn't fade. Morgan was obviously annoyed, but this was also a man who liked to fight.

"Lost? Not a whit." His hands up, forearms 45 degrees upwards in front of himself and fingers open but curled, with both hands and elbows presented toward the enemy. The assassin's quick jump kick came in and Morgan stepped slightly left and his arms came down to parry the kick in the direction of the spin. Her foot would skid by his ribs as his hooked fingers gripped and pulled the limb. His own booted leg would kick forward past it aiming to strike his heel into her back leg's thigh.

The Force flowed through Morgan as it did her, reinforcing his strength and durability. This was Striking Sarlacc, to bind in order to disrupt balance and drag an opponent to the ground at disadvantage. "Perhaps you were expecting Dragon Whip?" A more common low sweeping kick directed at the balancing leg, but that left the head much more exposed if countered.


Morgan was a lot faster than Xio remembered. She felt the pain of his heel dig into her thigh but at the same time, she also knew that there were far deadly maneuvers the Darth could have employed. Which could only mean one thing - that behind the glint of annoyance in his amber colored eyes, Morgan wanted to have a little fun.

She disengaged from their tryst, keeping her guard up as she did so. You've always been kind of boring, so I'm not surprised you opted for something so lacking in flair. She quipped.

With lightning quickness, Xio ran towards Morgan again. This time, she would jump in the air and bring her legs up so that her knees were nearly to her chest, before extending them back down as she started to descend. It was a variation of the gronda stomp, and even a Darth would be hard pressed to simply absorb the raw strength behind it.

Naturally, Xio also had back up plans in case her attack didn't go the way it was intended. She was curious to see how Morgan responded this time.

Morgan's grin grew when his opponent backed off, halfway between a smile and a snarl. He bounced on the balls of his feet and settled back into his guard, slender fingers curled almost like claws. "Yet you've still intruded on my lair," he replied back, eyes narrowing. This person was apparently familiar with him enough to make such commentary. Who could she be to do so, and how could she be so wrong? If she knew him it wasn't very well. Obviously.

"Ah, now the air?" The woman jumped. Morgan stepped slightly aside and spun with a growling exhale of breath, his right leg whipping into a Force-reinforced Aryx Slash, a spinning back kick. Again he focused the assassin's legs, aiming to strike her attack with his own from the side to both knock her momentum off target and double down on his earlier kick to her right leg. If the assassin lost control of her descent she'd be sent sprawling to the carpeted floor.

Of course he could have just used the Force entirely and played 'Is the wall or this person more durable' but that wasn't any fun, was it? Besides, he already knew the answer. The walls were durasteel typical of Drommund Kaas construction.

"That your best quip? Dull as your forebears."

Clearly he was enjoying himself.