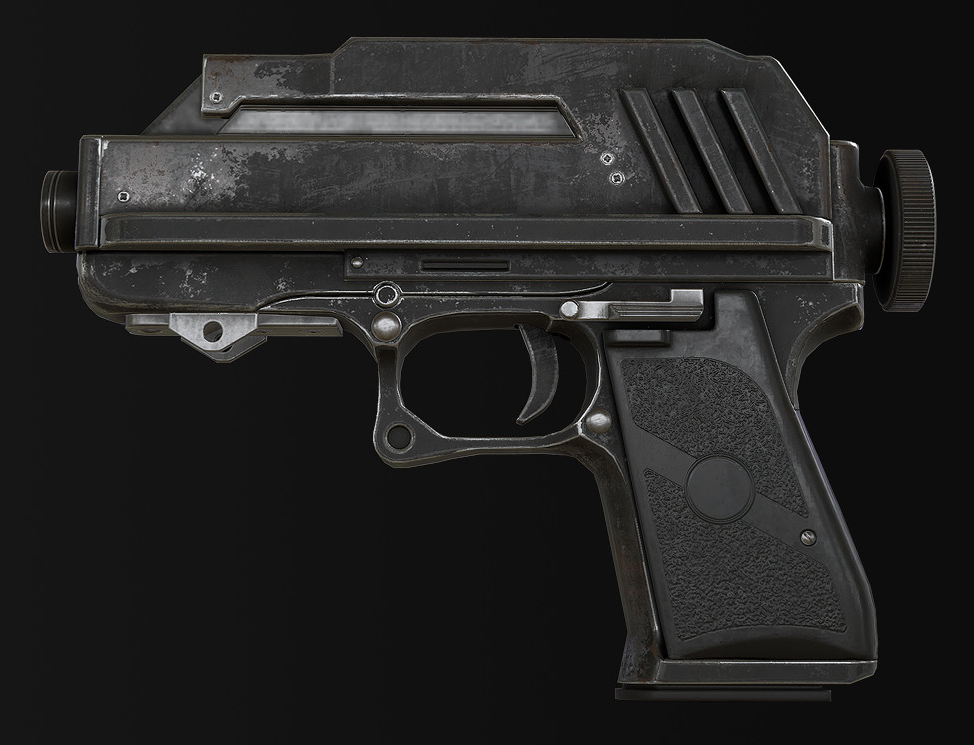 
DESCRIPTION​
The DC-17 hand blaster is a pistol produced by BlasTech Industries, one of the Galaxy's premier small arms manufacturers. Originally designed to equip Republic Clone Troopers during the Clone Wars, it is a simple, reliable weapon, and was issued en masse to the Grand Army of the Republic.

Aside from being relatively compact, the DC-17 is a fairly unremarkable pistol, able to fire either medium blaster bolts or stun blasts. Its range is 30 meters, and it can manage about 50 shots from a standard power pack before requiring a fresh one. The bolts fired by the DC-17 are a distinctive blue color.

The DC-17 was phased out of Imperial inventory shortly after the Clone Wars, and many ended up on the civilian market. They can be found in the hands of heroes and villains alike today. Though no longer common in military service, they are is still widely used by law enforcement, mercenaries, outlaws and private citizens.