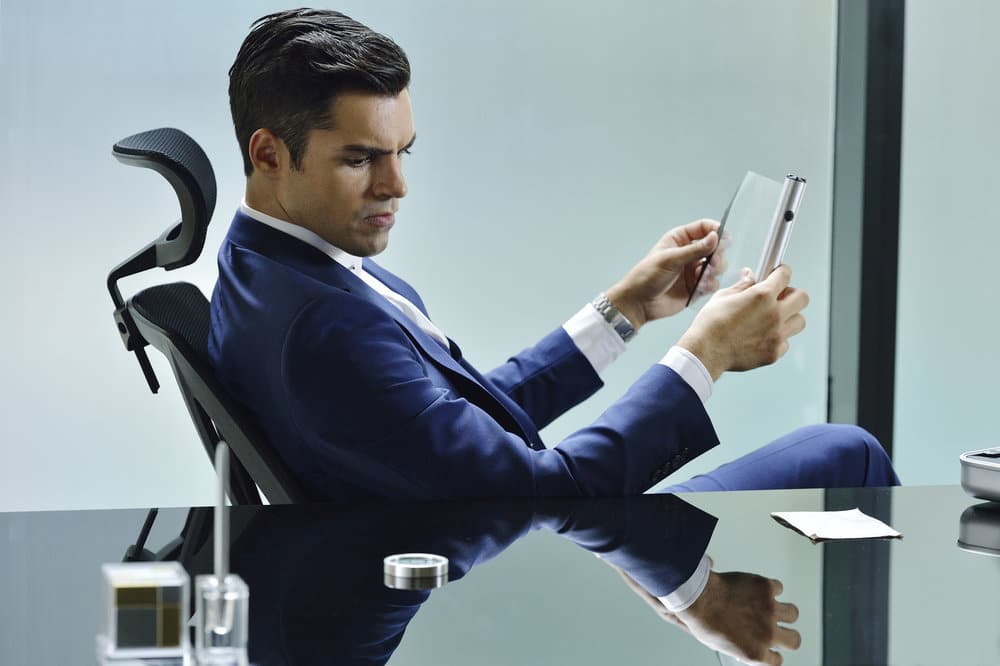 Chester Kincade was a human male, born on Corellia, who worked as a legal professional during the his younger years, and the as an Operations Manager for the Blackwell Corporation during the ’Force Eternal’ period of galactic history. A smooth talking man, with a cold and effective manner of dissecting the facts of a case or a deal, he was something of a mercenary during his youth, willing to prosecute or defend anyone, if the price was right. With a law degree from the University of Corellia, a ready smile, a fine speeder to boot, he was the archetypal flashy lawyer everyone loved to hate. As time went on however, the young attorney found the cut and thrust of the freelancer didn’t play to his skills, and so - whilst keeping at his practice on the side - he secured a position at Blackwell, working in the operations department, with a focus on expansion and corporate takeover.

Born to a family of low-grade bureaucrats and administrators working for the Corellian civil services, Chester was pushed from a young age to ”make the family proud” and do something more impressive with his life. Fortunately, despite their own misgivings about their status, Chesters parents positions afforded him the luxury of being able to attend decent schools, and to go into a legal college, and then later, to enter the Corellian State University, and undertake a degree in Galactic Law.

The course itself was to take a total of seven years to complete, sporadically intermingling with a collection of legal firms, the so-called ‘Big Five’ on Corellia, to undertake work experience schemes, which in effect took the shape of him filling out databases, and carrying a bigger fishes bag around. However, keen to live up the expectations of his family, and to one day be at the top of the game himself, Chester kept at it, and graduated with a good grade, before heading in at the bottom rung of the famed legal firm ’Hax-Madden & Associates LLC’.

As a junior paralegal, he was hardly living the glossy and glamorous life he had expected from a career in law, yet, he kept at it. Reminding himself daily that good things come to those who wait, Chester was - after two long laborious years - rewarded with a promotion to associate, he was to shadow a partner, the lofty and well-respected Hax Vandeem himself. Working with the man for three years in total, Chester learned a lot about the trade, being introduced to several members of the galactic crime organisation the Five Syndicates, helping some of their drug peddlers get off on technicalities. With his rap book ticking up, Hax introduced his young associate to members of the Chemical Manufacturing branch of Blackwell Technologies, and as a result of his work with one of their factories, Chester was promoted, becoming a full practicing lawyer by the time he was thirty.

Responsible for netting his own accounts, and rewarded accordingly, Chester adored his new role - finally getting to taste the lifestyle he had been promised. He stopped renting a box apartment downtown, he purchased his own speeder, and yet, still, he had ambition for more. After a few years, he went off alone trying his hand as a freelancer, where he hoped the money could really start to roll in.

Now, with the potential to forge a legacy for himself, Chester set his targets on the bigger fish, seeking to spread his horizons farther than the breadcrumbs dropped for him on Corellia, and into the wider Galaxy. It was to prove difficult to say the very least, and with a few cases under his belt, Chester decided to apply for something a little more secure. Hitting up some of his old contacts at Blackwell, he soon took up a position as an operations manager, keeping his legal work on the backburner.

Joining the pangalactic corporation in the head office, he was tasked with a rather loosely defined job, one that would see the young man heading around the galaxy looking for opportunities Blackwell could exploit for its own nefarious gains. Expansion, new contracts, the takeover of rivals, that was the name of the game, and Chester was determined to make his mark.

Chester was a hard working, intelligent human, with a great deal of legal knowledge, and a fair amount of graft to back it up. Perhaps typically for a member of his profession, he was somewhat aloof and flashy, an aspect of his personality that was in no way helped by his dress sense and manner. Bizarrely, this helped with his line of work, and assisted in him in fostering his reputation as a cold, and brutally effective member of the legal profession and corporate world.

A practical man, Chester cared little for the emotive arguments of a case, focusing insead on the cold hard facts that would enable him to win the day. Likewise, he was a morally grey individual when it came to business in general, carrying little who his client was, in so long as they paid on time, and in full. To that end, he kept his options open when it came to dealing with new business, and was willing to defend, prosecute or mediate for anyone, and with regard to any issue, to take on any contract, and take out any rival.

Being a man more at home in the boardroom and the courthouse than he was in the field of battle, he had little skill in combat, having basically never had to call upon such skills anyway. Despite this, he was loath to travel unprepared, and upon occasion took the time to practice with a blaster - he was by no means an expert in its use.

Courtesy of his position in Blackwell, he has a good knowledge of Corporate politics and has been through their cybersecurity training, thus being able to understand how to slice computer and security systems if he has the correct equipment. Very much a 'company man', he is always on the move, and is adept at travelling light, and intergrating with local communities when he comes across them.

I have updated him a little to enable him to be a little more 'Roleplayable' @Faster Than Light - added in a return to Blackwell Tech (at a junior level naturally), and updated the FC to something more shnazzy.
You must log in or register to reply here.
Share:
Facebook Twitter Reddit Pinterest Tumblr WhatsApp Email Link
Top