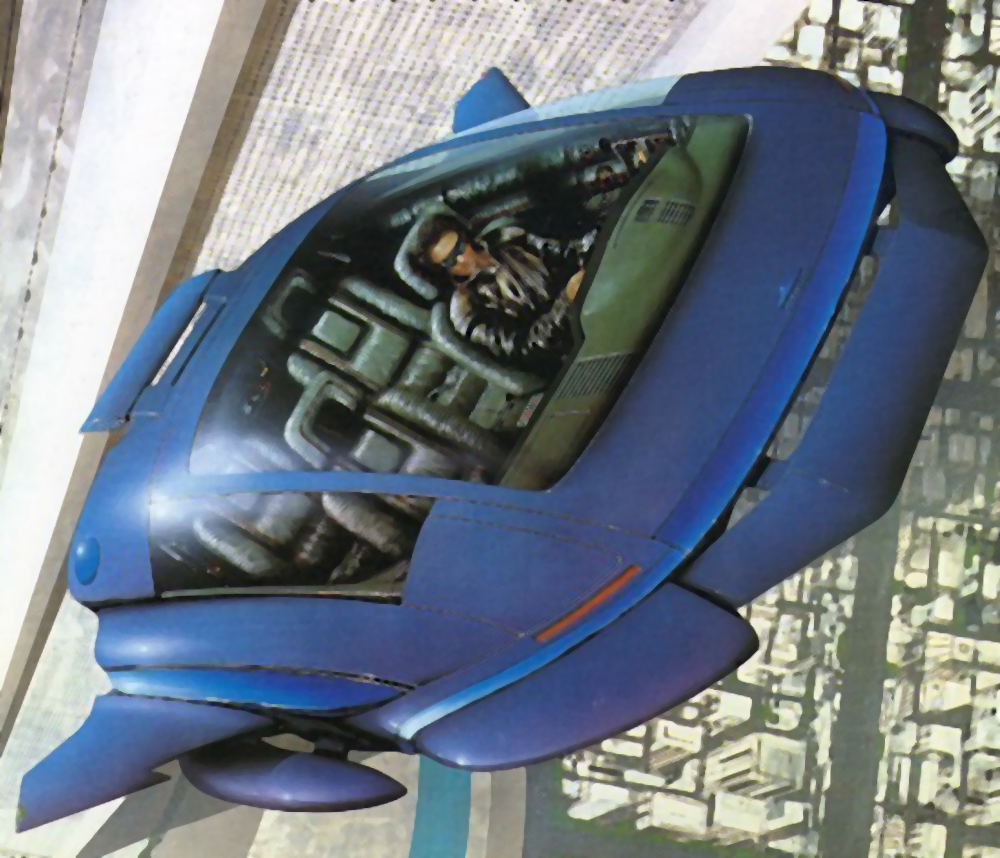 SPEED/MANEUVERABILITY
The CC3 Avian has a top speed of 650 kph and can reach an altitude of 1 kilometer. It has decent maneuverability.


DESCRIPTION​
The CC3 Avian is a 4-seat airspeeder manufactured by Barancar Action Motors, the atmospheric vehicle subsidiary of the venerable Barancar Action Systems, a minor starship manufacturer. The Avian and airspeeders like it are a popular alternative to landspeeders due to their ability to fly rather than simply hover, and make up a good chunk of the traffic on many ecumenopoleis. They are marketed primarily to city-dwellers, and to beings who generally prefer to fly rather than travel on land. In particular, the Avian is popular with families and beings who regularly host speeder-pools for friends and coworkers, as the type has seating for 4 with decent appendage-room.

The stock CC3 Avian is modestly appointed, with an enclosed cabin, a holographic entertainment system, computerized navigation, climate control and an integrated comlink. Top speed is 650 kph, with a flight ceiling of 1 kilometer. Up to 90 kilograms of cargo can be carried.


LEGALITY​
Legal. CC3 Avians are civilian models, and are unrestricted on most worlds.