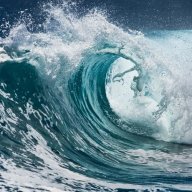 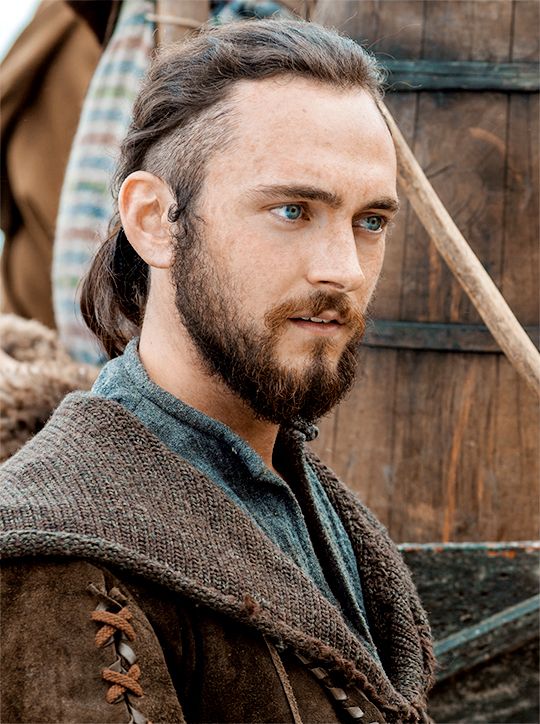 Cavo cannot recall his birthplace, his parents, or the catastrophe in which they were taken from him. He sees snatches of it when the Force is thick about him, when It comes to him in his dreams. In those moments when past, present and future meet, the memory comes to him, illuminating the splinter in his heart that otherwise lies in darkness. Snatches of bright light, cold steel, blaster fire shimmering through the air. Then that final, most surreal moment as steel begins to bend and rumble, buckle and break, snap and crack and… a great, jagged chunk of metal comes barreling through the air, and the Force is kind enough to shield him from the weight of history.

This vision was routine, and has been routine all his life. Cavo lived on Dantooine prior to his arrival on Ajan Kloss, enjoying the farmer’s life just as countless other generations had on that timeless world. The presence of those ghosts warmed him when he looked out over his fields at dawn, and when he turned away from them at dusk. His foster parents took him in when he was still a babe in arms, and so they did not seem as foreign to him as they might have. They are and have always been his family. The years he spent tending to livestock surrounded by a community finally at peace for the first time in nearly two centuries, kindled a white flame in his spirit. His innocence even when such tragedy lies in his past shines brilliantly, with resilience and the wisdom of eternity that is the Light’s spirit.

Eventually, Fate arrived on that small world in the form of a roving Jedi. It did not take her long to sense the child’s budding sensitivity to the Force. And to one so innocent of the galaxies’ history, her many and varied stories of the Jedi fanned the flames of his young soul. Age old sabers in battle on war-scarred planets, starships flying the secret routes between lost worlds and daring missions to save the galaxy from the tyranny of the Sith. Ingenuity, intelligence, commitment to the Jedi Code, and above all else, love for all things. Sitting beside the bonfire in the dead of night, Cavo saw his destiny both in the stars that glimmered brightly overhead and the Jedi’s eyes, that flickered with reflected firelight.

Cavo was only eleven when that Jedi arrived on Dantooine, but even then, she could see in him the makings of a great agent of the Light. The Order’s newfound reluctance to adopt the youngest into their family would not sway her from bringing him to Ajan Kloss. It took little effort to persuade Cavo himself, and less still when his foster parents saw just how much he resonated with those old stories. Cavo has now lived with the Order for four years, though he has only recently been apprenticed to Jedi Knight Theoccus Bilcus.

---​
Stable: Cavo’s constant exposure to the pain of his past has helped him to train his self control. His foster parents have always been willing to counsel and comfort him, owing to their own struggles, which have been instrumental in allowing them to empathise with him. In addition, his years on Ajan Kloss have only served to bolster his restraint thanks to the library of ancient knowledge collected there. Where others may find self control in dominating one’s emotions, Cavo has developed an inner equilibrium based chiefly on letting go of the moment and whatever negative emotions may be waiting there for him.

Aware: Working with animals has forced Cavo to focus constantly on the moment, developing his presence of mind. This focus has gifted Cavo with not only exceptional emotional control, but also above average control over his body. He is lithe, quick and precise.

Distant: Cavo’s self control and constant good humour verge on inhumanity. His love for all regularly comes off as ambivalence. His few years discouraged his elders from confronting him about his strange tone, and his peers were were happy enough with him as he was. Strange as he might seem, he made a good playmate. As yet, no one has brought up the topic with him on Ajan Kloss.

Stubborn: It can be difficult to convince Cavo to change his mind, particularly when it comes to matters of the Jedi and morality. Despite these strong convictions, Cavo is rarely confrontational. He is happy to quietly work toward his own goals whilst doing his best to fulfill the wishes of those around him.

Zealous: The fracture in Cavo’s near perfect mask. One could hurl innumerable sufferings upon Cavo himself to no avail, but to stand against the heart of the Jedi, against their Code, their duty, against the will of the Force? That is to stand against something so deeply imbedded within this young Padawan that no measure of control will stay his fury.

Judgemental: Cavo is quick to make assumptions about those he meets based on anything from appearance to the way they speak.

Fit and Healthy: Having spent his early life on a farm, Cavo has developed a healthy, well rounded physique that lends itself well to his life as a young warrior monk. The jungles of Ajan Kloss have provided new and challenging environs to further test his abilities. Now that he is coming into the later years of adolescence at fifteen, his strength is continuing to develop.

Heavy Handed: Cavo's farm work has not prepared him for the more delicate tasks that are needful in life. Though he is perfectly capable of working with machines (thanks to years of working with farming machinery), he is more at home when relying on his strength than his dexterity. Overly complex tasks are likely to get the better of him.


And With These In Hand, Who Shall I Become?

Cavo Bresk is a Force Sensitive human, of sixteen years of age. He stands at 1.75m/5"9in. tall and weighs 69kg/11st.
Skills​
Listening: Cavo has always preferred to listen, a preference rewarded by the wisdom of those he lived with at home. Their wealth of knowledge incentivised him to drink in everything said to him.

Spatial Awareness: Cavo is a natural at mentally mapping and remembering spaces, particularly landscapes and buildings.

Farmwork, Animal Handling: Cavo learned much of the land and it’s denizens on Dantooine, and can draw upon this knowledge when working with other animals. He is able to read an animal’s face much like he would a person’s, though he is most accustomed to the creatures of his home planet. As yet, this skill is under-developed beyond Dantooine.

First Aid: Cavo has learnt much concerning medicine on Ajan Kloss. Like his brother and sister Jedi, he is particularly knowledgeable in providing aid in a crisis, able to keep his focus under pressure and prioritize the wounded.

Languages: Currently, Cavo speaks only Basic, having had no exposure to other languages modern or ancient.


Jedi Training​
Form I: Cavo has a month's worth of training in Form I. He is reasonably competent.