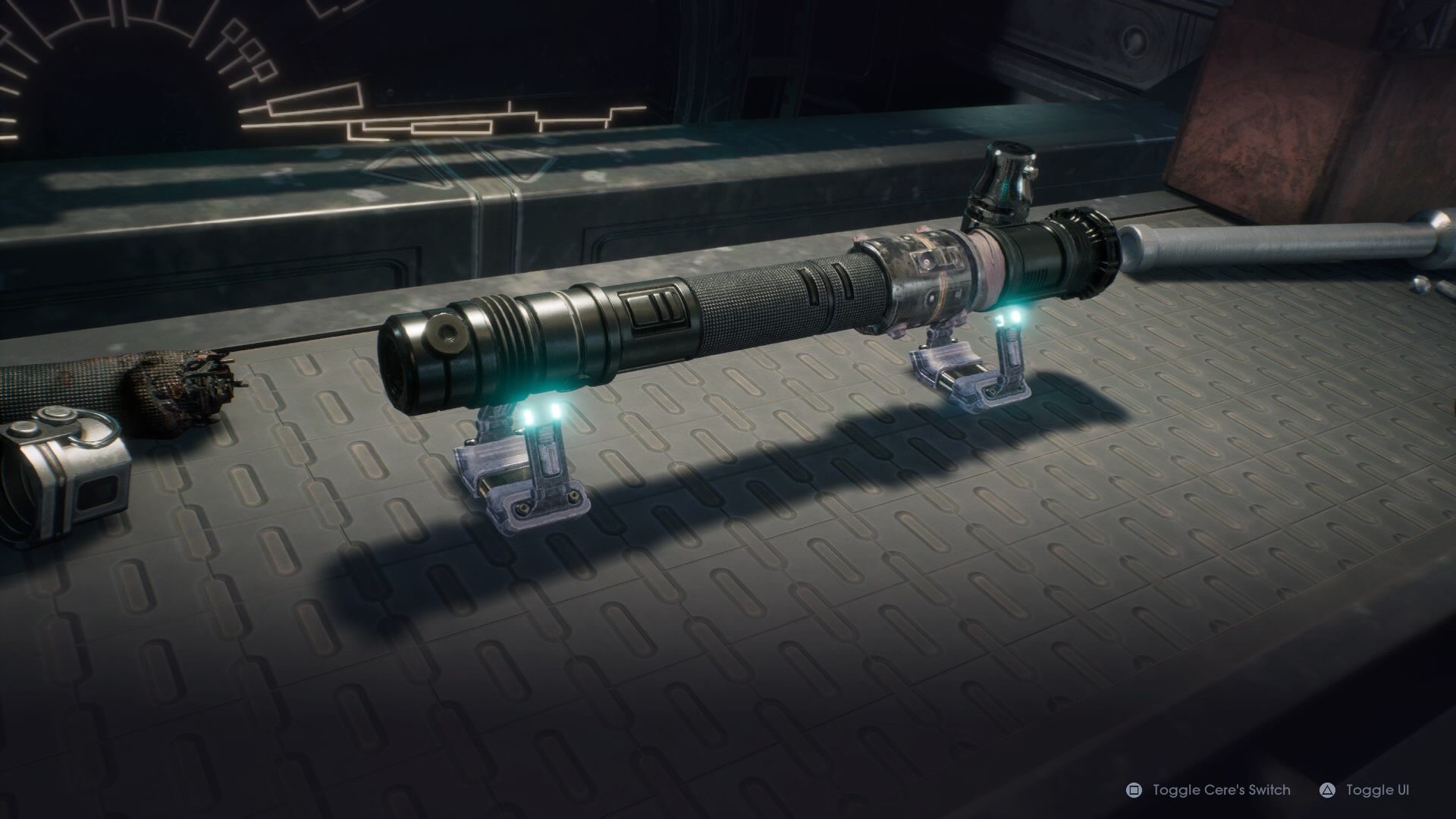 
DESCRIPTION
​
The weapon designed by Byron Ryker to use as his tool in the name of the Jedi Order. While he still prefers to fight with non-lethal means and specializes in hand to hand combat rather than lightsaber combat that does not make him wish to neglect what was arguably the personification of the Jedi. The weapon is unique in many ways most namely because it houses four separate kyber crystals.

Firstly the hilt looks to be on the long side in terms of lightsaber hilts but that is because it has two blade emmitters. This is not a normal saber-staff design but is instead a dual phase shoto attached at the hilt with a standard dual phase lightsaber. The material most notably looks like two grips used in ship tools and seem like they would either be small tools used for ship repair if Byron were to be searched. This is just an accidental benefit since Byron just had tools available at the time . If there had been something more spectacular he would have probably picked it but in hindsight he appreciates the simplicity of its origin. The two sabers are detachable with a simple twist of the wrists and unlocking for quick separation even in the middle of combat. Overall the tool when connected has a length of 29 centimeters but sometimes he will keep them separate from one another and hidden to be less conspicuous. Both lightsaber extension settings are set to one meter length usually as well.

Byron has taken an interest in practicing jar'kai and values proximity when trying to fight someone. The shorter handle as mentioned is a shoto saber with dual phase setting. It can be adjusted to be at a length of half a meter up to a full meter. The larger handle also has dual phase capability but goes from one meter up to two meters. Both blades are orange in color. One of the crystals in the primary hilt was a family heirloom Byron had worn on his neck for years and has since added it to his tool to be more than just a keepsake.


RESTRICTIONS​
No restrictions except for the fact that this is a one of a kind and belongs to Byron.