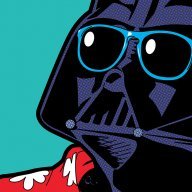 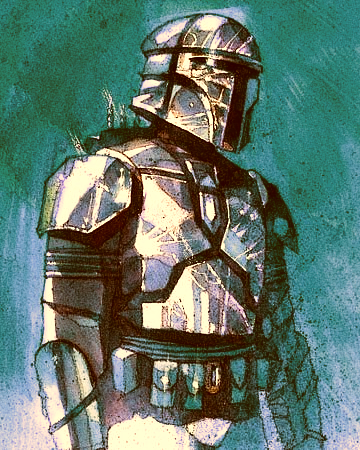 Although heavy armor is the preference for many Mandalorians- especially front line shock troopers- many Mandalorian Bounty Hunters and other loners make use of lighter armor that allows them more mobility and flexibility for completing their tasks, while still offering reliable protection and the intimidating presence of their signature t-visors. With the increasing rarity of pure Beskar, many Mandalorians have turned to lighter armor styles that allow them more flexibility and maneuverability to make up for their decreased defensive properties of inferior armor materials. Like all Mandalorian armor, every one of these suits is unique to their wearer, and the range of customization options is huge.

This particular set belongs to Bridger Axii, the armor originally taken from his father who was killed, slightly modified with new different functions to better suit Bridger. The suit also features a cape that can be detached.

Mandalorian armor, though rare, is not illegal in most places. That said, wearing a full face helmet in public spaces is frowned upon, and often illegal in many core worlds, especially in or near government facilities- not to mention that many identification cards in various systems require a full face photo. This drives many strict adherents of "the way" to operate exclusively on the fringes of the galaxy.

This provides a personal medium armor for Bridger Axii