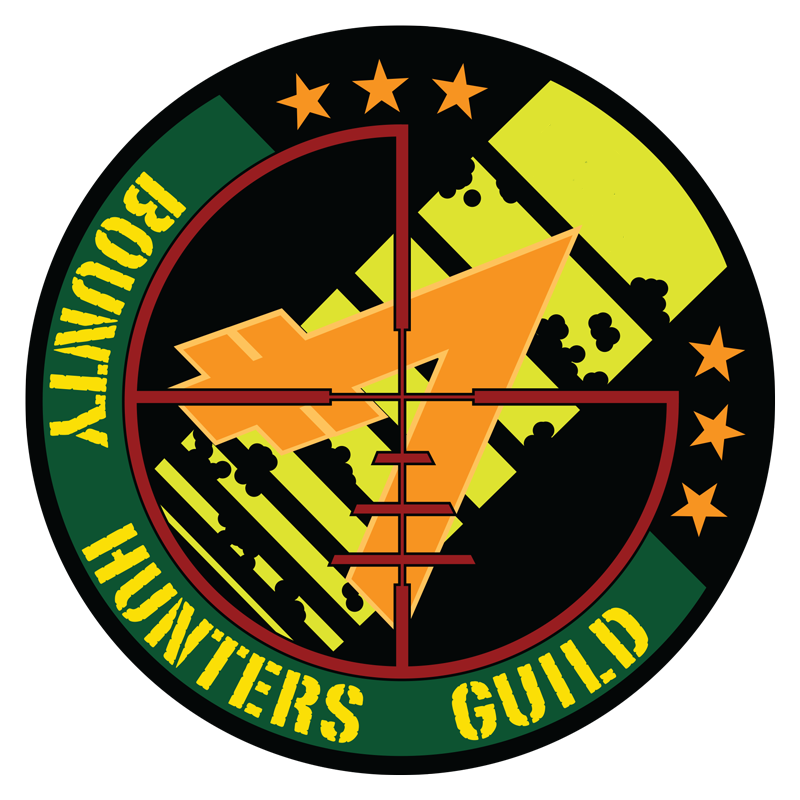 To many, the Bounty Hunters Guild is some sort of motely collection of scum, villains and other vermin. To many, we are kidnappers, thieves, murderers, and assassins. But what is a bounty hunter, truly?

A bounty hunter is someone tasked with the most difficult job in the galaxy. We hunt down the most dangerous thieves, kidnappers, murderers, and assassins in the galaxy. And we succeed where others have failed and will face challenges few dare to imagine. The work is thankless; but ours is a necessary job. While governments squabble in inaction, we do what needs to be done.

But what exactly "needs to be done?" And how does it all work?

Let me explain it this way. A crime is committed. Someone—the Republic, regional or local governments, large corporations, or an individual with substantial interest—issues a notification to the Bounty Hunters' Guild. Usually, this notification indicates the target, the stipulation (dead or alive), and an award. The entity that issues the notification is known as the originator. The target, usually a criminal, is known as the acquisition. The reward, naturally, then, is known as the bounty.

From there, a Guild contractor will notify a hunter (who is traditionally a member of the Guild themselves) to pursue the contract. Hunters may also choose to use the Bounty Board to select a bounty for themselves from a variety of sources. Upon completion, the bounty is typically paid in credits (though other forms of rewards exist). Sounds easy, right? Wrong. But, nevertheless, it's the job.

So what sets the guild apart from the average vigilante? Let's address some of the misconceptions about hunters to answer that question:

The Guild, its rules, and its membership is governed by Guild Council. The Council sets the policy for the Guild and mediates disputes between members. It is also the final authority on punishment, when members violate its policies. Finally, the Council will convene to vote on membership—whether to confirm or deny a hunter's membership into the Guild. The Council is led by a Guild Master, elected for life from among its members.

In total, the Council was composed of five members, with the Guild Master (the sixth), acting as a tie-breaker whenever necessary.

The following are the types of bounties the Guild frequently deals in:

Private bounties: These bounties are posted by private (usually wealthy) civilians. Difficulty ranges and hunters must be cautious not to get caught up in the personal vendettas of of the originators. Only take these bounties if a serious crime is provable on the account of the acquisition.

Underworld bounties: These bounties usually originate with the less reputable members of society. Rarely will a contractor contact a hunter about such bounties, but they can be frequently found on the Bounty Board.

Bounties also fall into a number of categories:

"Most Wanted" — These are usually government bounties on the worst criminals within their jurisdiction. Traditionally, those who make this ranking are guilty of conspiracy, sedition, treason, or mass murder. Hunters should always be prepared, for these targets are usually armed and extremely dangerous. "Most Wanted" bounties are a sub-classification of "Galactic" bounties.

"Galactic" — These type of bounties are frequently posted by governments. Those that make this ranking are frequently accused of aggression against government officials, bribery, or widespread piracy. These missions can be extremely dangerous.

"Regional" — Those branded with this ranking tend to be accused of murder of important persons, forgery, operating illegal vehicles, and organized crimes. Hunters can expect danger-level to be moderate.

"Sector" — These types of bounties are posted against those who have participated in crimes on multiple worlds. Often those with this type of bounty are ring-leaders of gangs infesting multiple planets in a sector or small time crime lords with repeated history of crimes. The danger-level of these bounties is moderate.

"System" — Also known as local bounties, these are typically a type of government bounty. Those branded with this ranking are frequently guilty of aiding and abetting criminal activity, murder, kidnapping, violation of customs laws, possession of illegal weapons, and smuggling. These jobs are by far the least dangerous.

While bounties are usually rewarded in credit sums, there are a number of other ways that a hunter can be paid, depending on who is placing the bounty:

In addition: Completed bounties by Guild affiliates are deeds weighted more heavily for reputation than non-affiliates.

The Guild does not possess much in the way of assets. Any ships, weaponry, or supplies affiliated with the Guild typically belong to the bounty hunters that make up its membership and are, therefore, not Guild property.

The Guild does, however, maintain a base-of-operations on Trandosha. This guild hall is where the Guild Council assembles and where all governing of the organization happens. Additionally, one other guild hall is known to exist on Florrum, though it is mostly a cantina and a gathering place for bounty hunters looking to exchange stories, take on new bounties, or search for assistance in their hunts.

The Guild has a small membership, and a simple ranking structure which is as follows (from bottom to top):