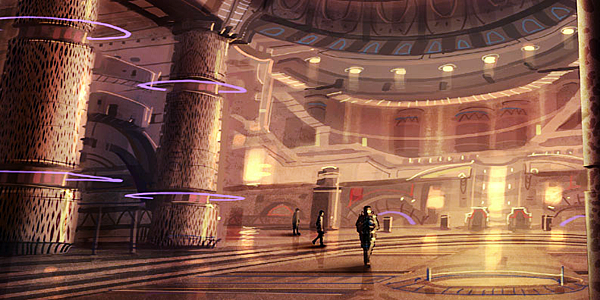 The Bounty Acquisition Office building is located in the center of Nal Hutta where it is most protected by the Hutt Cartel. The large grand-scale entry hall is built with multiple countermeasures to ensure the safety and protection of the agents who serve the Cartel, including numerous armed guards and sentry cannons that lone the ceiling. A built in mini-prison hidden beneath the ground, on the basement levels, this office houses criminals and completed contracts that come off of the Cartels Bounty board. A place where any and all completed bounties are to be brought so that a certain level of organization is kept within the archives.

Any bounty that is completed must be brought here. In a single post, including the name of the bounty and the link to the corresponding thread. Please submit your bounties in character.
Last edited by a moderator: Jul 9, 2015 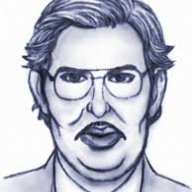 Isnt that just a fancy word 4 feeling Bummed Out

Eddie Wings walked into the bounty acquisition office. It has been a little over a week since Coryn Tyre had set him free from the Imperial soldiers on Erudia. It felt nice to no longer be an imperial soldier, but he wasn't certain that he'd fair much better with the Hutts. He approached the clerk and held out a datapad with a recording of Coryn Tyre. He pressed the button for the message to play and took a step back while the clerk watched.

"This is Coryn Tyre of the Hutt Cartel. I have recently freed Eddie Wings from Imperial control in accordance with Cartel bounty #6139. I present him as proof of life and request transfer of credits to the account included on this device. Thanks you." The image of Coryn blipped out of existence and Eddie approached the window once more. The clerk was already at work and several minutes later credits had been transferred and Eddie was walking free once more. 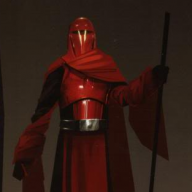 The IG series assassin droid designated as IG-2000 walked into the building along with his partner, the Gand bounty hunter R'Kayza Moor. They were walking with the handcuffed Darael Nyine, the former Rebel who decided to attack Hutt Cartel targets. The droid thought that the man was surprisingly silent as they entered the building, unlike the many other captives he's held over the years who begged for their lives or tried to make counter-offers. But it seemed that Nyine had resigned to his fate and decided to meet it calmly.

They took him over to the clerk and the droid told him, "IG-2000 and R'Kayza Moor. We have located the meatbag Darael Nyine and would like the credits to be transferred to our accounts."
V

Silva approached the Bounty Acquistion Office. The man walked slowly, people seeing him but Patrician still knocked out. He had suffered numerous bruises, and Silva had even gotten multiple cuts from knives being thrown at him. The Zabrak however was happy however to be seen publicly. The numerous bruises that he had would make people think that he was loyal to the Cartel, and that was what he needed. He needed people to think that he was loyal, and so far, people were thinking that.

”Patrician Haruna has been captured as requested. I would like to have the 14,000 credits be transferred to my bank account” he stated. Once everything had been done Silva left the building and approached a medical center. He was then taken to a bacta tank and after a few hours, he was healed. Another bounty had fallen under Silva’s name, and more bounties would certainly fall under his name as well. 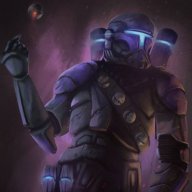 Tal walked up to the counter. He was certainly no stranger to this place. He was one of the Cartel’s top assassins and had made a name for himself in no small part because of these halls. He’d been busy lately and quickly addressed the woman as it was his turn.

He handed her a datapad with a picture of a very dead Wookiee, two routing numbers for he and Silva to each receive 50% of the credtis and the following information.

Upon confirmation of his transaction, his business was done and he left the hall.

Yet again, Tal walked into the bounty office. It seemed as though he ahd just been there. Yet here he was again. This time he didn’t really need proof of his kill that he had accomplished along with Davik Lorso. It was all over news headlines. “Senator Vyrim Reytal, found dead after drugs overdose.”

Of course Tal knew better. It had been he and Davik that had managed the “overdose” but per the request of the higher-ups in the Cartel, the world would never know. Half of the credits to my account and half to my associate’s please. It was one more simple transaction and proof of his skill in the Cartel.

Quinn approached the counter in the bounty office, alongside Debbie. They had recently arranged for the death of a thorn in the Cartel's side, and were here to collect the bounty. 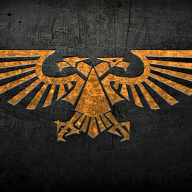 Debbie strode into the office alongside the human, lugging the remains of the aforementioned slicer. 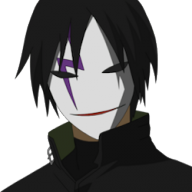 Coming to a planet near you!

Kuro walked through the glass doors lugging a black bag with him. As he reached the counter, he plopped the bag down on it with a thud, and unzipped the top.

"Bemere Bishto, deceased," he murmured to the man at the counter, then walked out.