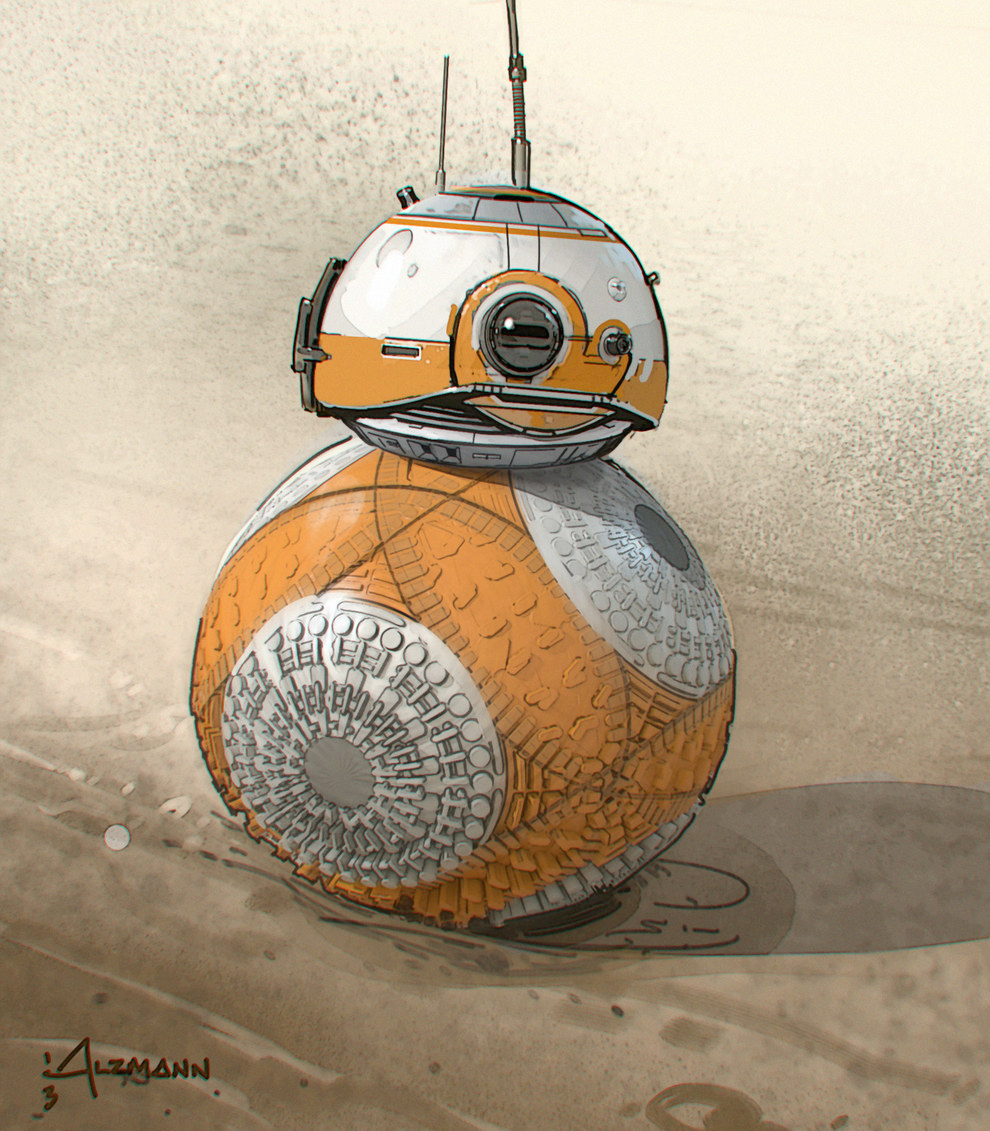 
DESCRIPTION​
The BG series is a model of astromech droid manufactured by Industrial Automaton. Part of a lineage of ball-type droids dating all the way back to just after the Galactic Civil War, the B-series droids largely replaced the older, beloved R-series line in IA's catalog, and the BG series is merely the most recent iteration.

BG-series droids are simple, modular units, composed of a "floating" control dome mounted atop a rotating spherical body, which serves as the droid's propulsion system. The BG's main advantage over older designs is the integration of a textured surface on this sphere, giving the droid greater traction on certain surfaces; this texturing can be retracted to avoid scuffing smooth or delicate surfaces. The sphere can be magnetized for use in micro-gravity environments.

Like most B-series droids, the BG has fairly spartan standard equipment, consisting of a standard sensor load-out, an integrated comlink, holographic recording/projection capabilities and a spotlight. This can be enhanced by the use of standardized tool bay modules, which can be installed at the owner's discretion and typically contain 2-4 functions each. The BG has mounting points for 6 of these modules, and is backward-compatible with older B-series parts.

Like nearly all astromechs, BG-series droids are designed for use primarily on starships, and can function as a substitute to a dedicated navicomputer. They are also mechanically inclined, and can perform diagnostics and minor repairs on a variety of systems. As with most astromechs, they lack a sophisticated vocabulator, and instead communicate almost entirely in droidspeak, or via text if connected to a computer system or network.

As with most B-series droids, BGs are chipper, friendly and helpful by default; if left for long periods without memory wipes, they may develop more distinctive personalities.


LEGALITY​
Legal. Astromech droids such as the BG series are permitted in most regions of the Galaxy.