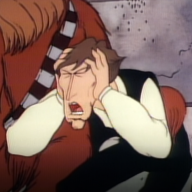 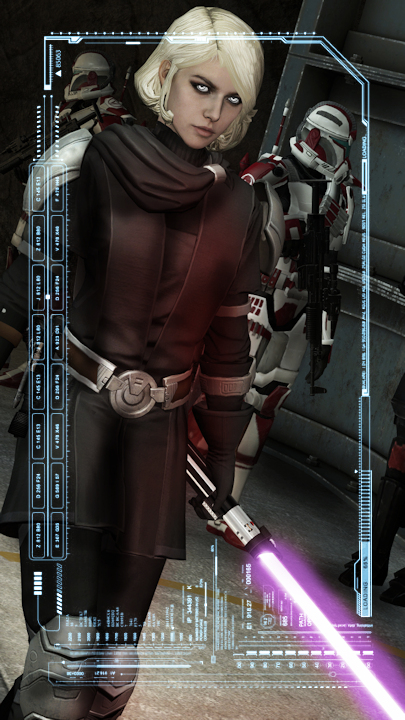 Alyse has compiled this simple armour set following her increasing involvement and activity with the Sith Order - finding herself venturing into increasingly dangerous locations where treacherous flora and fauna reside. Keeping in tradition with the fluidic and rhythmic movements of the typical Force wielder Combat forms, Alyse has opted to layer sectional armour plating atop of her robes so not to hinder her movements whilst the use of whilst the Duraplast plates offers protection to her vital organs.

A standard Utility belt styled around those worn by the Jedi sits around her waist to allow Alyse to carry both her smaller personal supplied and sundries within various food and tool pouches, as well as mounting points for her Lightsaber and holster for her blaster Pistol. Her main robes are comprised with light flowing muted grey armour weave fabric that falls stylised in the traditional dark Jedi tunic, with an armour weave lined cowl that hangs around her neck in a similar fashion to the styles that the Bakuran elite wear during formal duties. Coupled with a set of black leather gloves, apair of leather combat leggings and a pair of matching black leather boots that reach just below her knees. Depending on the environmental conditions the armour would sometimes be accompanied by a detachable cloak to help take the edge off colder climates

Generally Legal though out the Galaxy. However, with the trappings and style being similar to that of a Jedi, suspicion and distrust is likely to occur in the worlds hostile towards Force Users

To Provide Alyse with a simple Armour set that would be better suited for excursions into hostile regions, as apposed to her general choice of formal and dress attire ​

​
NO. Based on generic armour arrangements