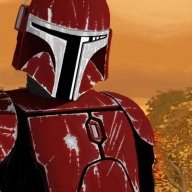 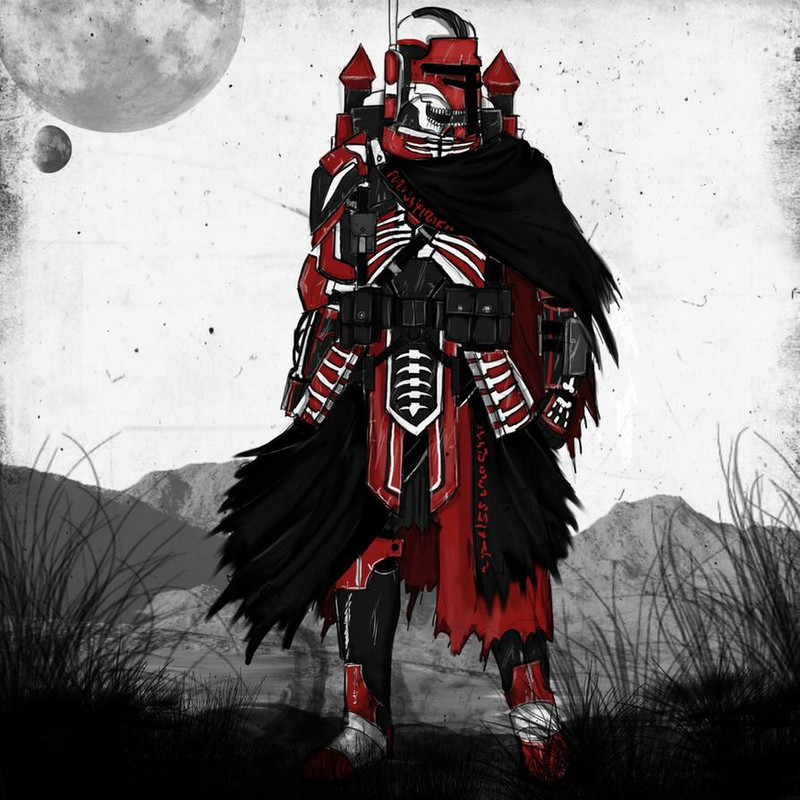 Among the Rytt Clan, armor is imbued with special signifigance; the souls of those who wear it are believed to continue to inhabit them and aid in the protection of the wearer. Adenns Armor is Ancient, handed down from Besk'in Rytt all the way through the ages. Damaged and reforged, painted and painted again, for 600 years. And now it has been passed from Adenns Father, Benjin, to him. It is a heavy armor constructed from Beskar Alloy. Around his waist he wears a sash made from Armorweave, which is red with white diamonds, it does not have Sruba. Along his armor are inscriptions, as perscribed by the Rytt Chaplins, to inspire courage and zeal. The skeletal designs are made to appear like a Demon from the depths of hell and to inspire fear into the hearts of his enemies.

A Mandalorian's Armor is more or less legal in most of the galaxy.

to protect Adenn from Harm and also to serve as an offensive tool in combat.