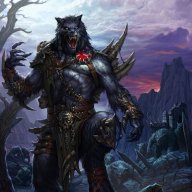 Q-12
Open Space
​
A lonely Curich-class Shuttle was barreling through space, seemingly on just another day's business, everything going normally for the small crew of civilian transporters, not that they could possible have known, but they were none the wiser to the king of the Pyke Syndicate, and his right hand having booked a ticket under false names for passage from Ruusan to Dressel aboard their modest vessel. It was a decent ship to be sure, and had been modified to suit their profession even better, more than half of its cargo space had been altered to accommodate more passengers, a benefit to the crew @Rafe was sure, however such modification would soon be a benefit to themselves..

Given the ship's specs Rafe knew there would only be about three or so working the ship, and since he and @Mae Tecono had been sitting peacefully in their seats for most of the time they'd been onboard, except when Rafe got up to take a leak in the lavatory, Rafe had already noted the intense lack of armed security.. though that was why he and Mae had picked this route, so he was not at all surprised to have only seen a few so far, with a decent likelihood one or two more waiting in more secured areas.

Rafe was returning from his second lavatory visit, though this time it was only to puff on a death stick, it was rare for Rafe to go so long without one, or two.. or more.. the spice was making its rounds through his enormous system when he reached his seat to find Mae waiting patiently for him..

They'd run about half the route, and Rafe supposed it was about time they got started. There were roughly one hundred souls onboard, and each one worth a little bit each, but together worth a decent amount to the ever growing Pyke slaver ring.

As Rafe sat down he looked down to Mae, this should be a pretty simple plan, kick around a bit, probably kill a few, and take the ship, bing bang boom, home free.. but things always had a way of not going to plan.. Ready? Rafe asked. 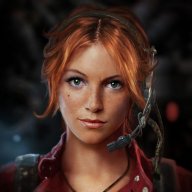 This was an unusual plan or style for Mae. Other than one or two other occasions, she was more up front with her intentions. Playing covert was not much her style, even though she blended into a crowd nicely. Rafe on the other hand always seemed to stick out like a sore thumb and on this occasion, that fact brought a slight smile to her lips. As Rafe left to use the lavatory for the second or third time, she looked around the passenger compartment at the others who were clumped around. She could not understand why he thought these people would make good slaves. They mostly lived somewhat comfortable lives and would most likely break in the first week of their new lives as slaves, however, as her eyes continued to scan the other passengers, they landed on a few larger more brutish figures. These would truly be the best of the crop and most likely make up for the lack of the others.

As Rafe returned, Mae smiled up at him. He took a few looks around before looking at her and then away as he asked if she was ready. "Always" She replied as she stood and made her way over to the meal counter. There were not actual meals there, just a few cheap refreshments to keep the journey a little more comfortable. She looked around covertly before bending her small frame down under the counter and removed a few blaster pistols from their hiding spot in the compartment below. They were not the best quality of weapons, but they were small enough to place in easily hidden locations and also easy to get by the security screening during pre-boarding. Besides, once they eliminated the first two security officers, they would have much better weapons to use to complete the job. She then returned to Rafe and placed one of the pistols in his lap under the disguise of a plate with small pastries on it. She then made her way forward waiting for his que to begin.

This was exceedingly small time work, and why the leader of the Pyke Syndicate, and his right hand, would be wrapped up in it was anyone's guess. In truth Rafe just needed to stretch his legs, the Syndicate had been quiet lately, business as usual as it were.

Rafe looked down at his ticket whilst awaiting @Mae Tecono's return, the false name written in black ink on its top made Rafe chuckle on the inside. And given the business's small stature and overall lack of any sort of security cameras, Rafe knew this job was safe for he and Mae. Rafe took the lackluster blaster pistol they'd managed to sneak onboard, and stood up, leaving Mae behind as he approached the cockpit of the ship, two of the guards had convened there, and Rafe walked straight up to them, Excuse me sir.. Rafe began, But I think there's a small red headed child in the lower passenger cabins with a weapon... Rafe said, laughing on the inside for refferinf to @Mae Tecono as a small child..

The guards looked at eachother and one nodded at the other resulting in the second guard walking off toward the lower cabins. Mae would probably find him an easy match, he was a scrawny looking male, his blast vest nearly made up half of his gerth. The guard that remained looked Rafe up and down, asking him a couple of questions about the report he was making, before then asking Rafe for his ticket, as Rafe handed over his ticket and the guard took it in both hands to read Rafe reach up quickly with his left claw and dug them into the man's trachea, a garbled noise came out of his bloodied mouth in protest as he began to go limp.

Grabbing the blaster rifle from the man's sling Rafe kicked open the cockpit door and fired twice into the back of the heads of the pilot and the CO pilot before turning around to face the passenger cabin with dozens of surprised faces staring back up at him, Nobody move! Rafe shouted..

Mae was ready, she wanted to get in the fight. She hated playing dress up and Rafe had her dressed in this little sundress that made her look like a kid. To make the feeling worse, down from the cockpit walked a guard and as he approached he referred to her as one. "Sweetie.. Young lady... I was told you found a weapon of some sort?" He softly asked. Mae hid her frown of anger and decided to just play the part. "Yes Officer, it was just here under my seat attached by some tape." She said innocently in return. As he bowed down to look where she was talking about, he forgot to secure the weapon, and she simply raised it to his head and removed it from his shoulders. The splatter covered another woman from head to toe. Mae would normally brush such gore off like nothing, but as she saw brain drip from the other woman's dress, she gagged a little before making her way aft to secure the passengers from behind. As Rafe's action in the cockpit happened almost simultaneously as her own, the passengers who stood to run from him only found her. "Going somewhere?" She asked as she waited for Rafe's next move.

Screams echoed through the metal tube that was barreling through space, a lumpy looking rodian stepped out of his seat to begin protesting in its native tongue, Rafe hated Rodians, and landed a heavy handed punch right to the man's forehead, there was a tinge of a crunch as his clawed fist collided with the aliens skull, Kriff... Rafe thought, he'd damaged some of the cargo..

Whimpers and more cries bellowed about the aire as Rafe pointed the business end of his new blaster rifle around the area, Sit... Stay... Rafe ordered the civilians, one had slipped out her NalPhone, and was trying to hide her tapping on it, Rafe quickly raised the rifle again and pulled the trigger twice, scathing her right shoulder and evaporating a large portion of her neck. Screams erupted again, and Rafe was annoyed, Shut up!! He yelled, the masses quieting down a bit leaving behind only whimpering and crying. He remembered why he paid other people to do this work now... it was getting messy just in his cabin, he wondered how @Mae Tecono was doing in the rear of the ship.. hopefully better than he was.

Rafe backed into the cockpit, and slowly pulled the ship out of hyperspace, murmurs were about behind him, but he ignored them largely, mostly listening for keywords. Rafe started to punch in new hyperspace calculations, it wouldn't take terribly long to get them back where he wanted, as long as Mae's side of the ship was calm it wouldn't be a real problem..