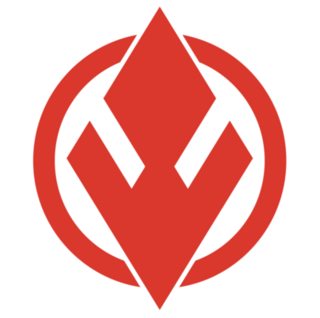 Determined to ensure the memory of the Sith were not forgotten and the code of the Sith was spread once again, they bided their time, absorbing likeminded religious groups and yearning to destroy those who had murdered their gods.

Founding a new Jedi Academy of his own to focus on studying the darker side of the Force, his followers became known as the Legions of Lettow. The Jedi Order and the Legions faced one another in open combat that ultimately led to the death of Xendor and what appeared to be the destruction of the Legions.

While the original Legions of Lettow have been all but forgotten by the histories of the galaxy, the truth is that their principles and people lived on in exile. For thousands of years, the Legions of Lettow had made their home deep within the Unknown Region, and little is known about this period of time.

The Legions of Lettow continued their isolation until some would say that fate intervened. For 7,000 years since the Hundred-Years Darkness the dark side seemed to favor the Sith Lords as its champion in their struggle against the Jedi, but with the destruction of Darth Sidious and the death of all the past spirits of the Sith Lords, the dark side required a new champion.

Leading the Legions of Lettow from the isolation of the Unknown Region and raising them up to be the new champions of darkness fell to the Eternal. The figure known as the Eternal is shrouded in as much mystery as the Sith Lord of the same name from ancient days. Some even say it is an avatar of the dark side itself.

When it appeared on the doorstep of the Legions of Lettow after the final death of the Sith, every member of the Legions recognized its strength in the dark side. It provided them their first access to the teachings of the Sith and taught them how to build lightsabers of their own and become warriors of the darkness. Three decades later it appeared again and led the Legions through the Unknown Region to the remnants of the Sith Eternal who now took for themselves the name “Guardians of the Eternal.”

The Legions of Lettow were rechristened the “Eternal Legions” and together with the Guardians of the Eternal formed the new Sith Eternal.

As the two sects intermixed with one another, it was discovered that the Eternal’s appearance to both groups had been equally as mysterious with neither sect knowing its origin or intention. They only knew that it carried with it a darkness and authority that surpassed anything that had been seen since the death of the Sith, and it was obsessed with finding the original Mask of the Eternal.


Sith Eternal Sects​
The Guardians of the Eternal​ 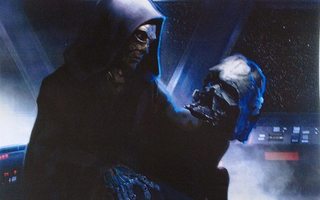 During the days of Darth Sidious, the Guardians of the Eternal were known as the Sith Eternal and worshipped Sidious and the Sith of old as gods, forming a cult to serve his needs. It was this group who revived the deceased Emperor’s spirit through ancient Sith alchemies. When the Sith Eternal cult was nearly wiped out at the Battle of Exegol and their alchemical formulae were lost, the cult began to absorb other religious groups in order to begin replenishing their numbers.

Slowly growing in size over time, the cult focused its efforts on protecting the ancient Sith holy sites, acquiring artifacts and teachings of the Sith, and ensuring the teachings of their ancient gods were not forgotten. While the rest of the galaxy banned the Sith language and history, the cultists maintained these traditions for future generations.

While there is an understanding that returning the spirits of the ancient Sith is no longer possible, the cultists believe that the dark side will once again raise up powerful avatars to carry its will forth. They hold the Sith Code laid down by Andraste as sacred, and cling to its words with fervor.

It was when the Eternal appeared on Moraband outside the Tomb of the Eternal that the Sith Eternal cult took notice of this new individual. Though it was quickly revealed that the mask this individual wore was only a replica of the original Mask of the Eternal, no one could argue the power this individual emanated and the potential it had to become the first of a new line of Sith Lords.

The Sith Eternal cult took for itself the name “Guardians of the Eternal” and began the hunt for the true Mask of the Eternal hoping to bring back the teachings of the ancient Sith Lord. 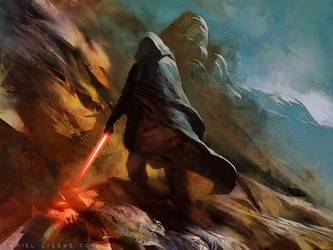 The Eternal Legion was once known as the Legions of Lettow and led by the former Jedi Knight Xendor. After their defeat at the hands of the Jedi in the First Great Schism, the remnant retreated into the Unknown Region where they remained for generations. Their philosophy developed during that time until they adopted what they termed a “Xendorian” view of the Force.

Believing that the dark side is the natural form of the Force and that the galaxy requires Force users to drive the natural cycle of life, violence, death, and decay, the Legions of Lettow followed the the Eternal out of the Unknown Region and took the name Eternal Legions.

Based on the teachings of their predecessors, the Eternal Legions grew competent with the Force and teachings acquired from the ancient Sith through the Guardians of the Eternal allowed them to craft lightsabers and deepen their understanding of the dark side further, creating competent and capable dark side warriors.

However, the Eternal Legions recognized that their limited numbers would prevent them from accomplishing their goals on a galactic level. For this reason, the Eternal Legions have begun to search for ancient Sith teachings with the hope of discovering powerful Force techniques and forgotten alchemy that can aid them in their destructive path.

Philosophy​
The Sith Eternal has its roots in the cult bearing the same name that worshipped the ancient Sith Lords, revering them as gods. While there are many today who still hold to these principles, particularly among the Guardians of the Eternal, the Sith Eternal as a whole have adopted a much different view of the Force and its role in the galaxy.

Most Force sects could tell you that the galaxy is built on an endless cycle. Life prospers through its days and eventually dies, and the subsequent decay feeds new life. In nature, a critical piece of this balance is the predator that devour the weak and manages the population in order to allow life as a whole to flourish. This cycle - this balance as some would call it - is immutably driven forward by the Force.

Although most in the Sith Eternal do not believe that the Force itself is sentient or capable of "thought" or "plan" as most would define it, they do believe that it exists for the purpose of driving this cycle forward. Life, violence, death, and decay are inseparable and one cannot exist without the others. A tension and balance must be maintained.

At the core of their belief system, the Sith Eternal have what many would define as a corrupted view of the Force. Most notably, they believe that the dark side of the Force is the Force's natural state. This truth is manifested by the ease with which the Force may be accessed through powerful emotion. While Jedi condemn this path as "quick" and "easy" the Sith Eternal argue that this is the Force laying a path over which Force sensitives can more easily tread. Even those with little to no training may still be able to access the Force through a powerful set of emotions based purely on instinct whereas use of the Force while empty of emotion is far more difficult because it defies the nature of the Force itself.

They believe that Force sensitivity, and specifically the Force's natural state (the dark side of the Force), is a mechanism evolved by the Force to ensure that the natural cycle of the galaxy is continued even in the face of civilizations that spring up. Unlike non-sentient life, sentients build societies that can promote stagnation. Social stratification, societal corruption, and crime are byproducts of a society that has defied the natural order. To the Sith Eternal, war and death are necessary forces to allow new ideas and life to grow and evolve.

It is the role of the Sith Eternal - and all Force users - to act as the Force's equalizers. Like a predator in the wild that hunts without remorse, those touched with the Force must tear down static societies through even extreme measures. Mass destruction opens the door for the growth of new life and ideas. Societies can be rebuilt to incorporate past knowledge and develop into a far more advanced culture than they ever could have under their previous social restraints.

As servants of the natural cycle, the Sith Eternal don't concern themselves with the effect their actions may have on the individual, but look only at the whole of society and the galaxy. Destruction and war act as purges that open the door for the unstoppable Force to drive the cycle forward.

Although much of their early training came from Sith teachings or the teachings handed down by Xendor, the Sith Eternal as a whole do not believe in the religion of the Sith. To conquer and claim superiority over others isn't the role of the Force-sensitive individual. There are still those in the Sith Eternal who worship the Sith as gods, but most view the Sith as far too brutish and narrow-minded. The Sith were simply warriors raised by the dark side to light the spark of a purging fires. Their wars served a purpose, and when that purpose was completed, their Empires fell into ruin and decay as they slaughtered one another. They never understood the true purpose of the darkness or the Force itself.

Also, unlike the Sith, the Sith Eternal don't bear ill will toward the Jedi. While their goals may stand diametrically opposed to one another, the Sith Eternal view the Jedi as lost and confused brothers and sisters in need of seeing the true nature of the Force rather than a hated enemy that needs to be eliminated. While a Sith Eternal wouldn't hesitate to kill a Jedi who stands in the way of their goals, their objective does not inherently include the massacre of the Jedi. They instead seek to corrupt the Jedi in order to show them the true nature of the Force.

Despite many feeling the Sith lacked the appropriate vision, the Sith Eternal recognize that the original Sith made incredible advances in research into the dark side and its many capabilities. While the Guardians of the Eternal still look to the original Sith in worship and hope to preserve and revive the lost knowledge of the Sith, the Eternal Legions look to the ancient Sith with keen interest in researching and learning powerful dark side techniques that could assist them in their war.

Warden of the Dark Side
At this rank, there is no distinction between the Guardians of the Eternal and the Eternal Legions. These individuals have demonstrated their capability to complete whatever task is assigned to them. They preserve and protect the dark side and are considered experts in their trade. They have shown their worth to the Sith Eternal by advancing its interest in a significant manner.

Champion of the Dark Side
Those that have reached these heights in the Sith Eternal are second only to the Eternal. Considered to be champions of the dark side itself and acting as its representative, these individuals have proven successful in nearly all of their endeavors, and snatch victory back from the jaws of defeat. To cross someone of this rank is exceedingly unwise.